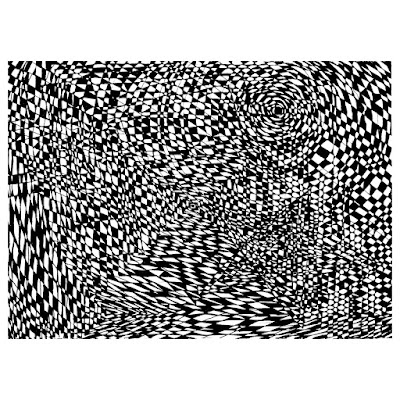 Do you have a taste for the bizarre? For the grotesquely heavy? For the kind of twisted death metal only Finnish bands seem to have mastered? For experimentation that includes but isn't limited to harsh noise? If any of the above even remotely suit your fancy, then it's high time you became acquainted with Oksennus (Finnish for "vomit," naturally). While savvy fans of the extreme and unconventional might've caught wind of this act with releases on Caligari Records and Nuclear War Now! Productions, it seems that news of a new Oksennus album isn't yet making the kind of waves it should in the underground. Perhaps people are put off by the (brilliant) art depicting surreal creatures and root vegetables, or by the self-appointed "antifascist occult metal" tag that may cause purists and the apolitical to scoff, or perhaps it's just that there are simply too many bands playing death metal that we sometimes need more than one friendly nudge to get us to check out a band. For every new act releasing obscure yet challenging, worthwhile music like this, there seem to be a dozen others building up hype online either through label associations or flashy album art that looks great when posted on instagram. Let this be a plea to you, dear reader, to let Oksennus cut through the static and enter your ears.

While this review is focused on the newest release, Työn orjat sorron yöstä nouskaa, an EP released on May Day to "celebrate and empower the prisoners of starvation, the wretched of the earth," I need to take a moment to make it clear that what you get on one Oksennus release is not going to remain constant throughout the discography. While many elements are shared, the band's dizzying yet oddly clean take on death/doom on Sokea Idiootti is reimagined as a sparse, freeform album with no distortion (or vocals) at all on Paholaisten yö, and there's that whole carroty album from 2016, Kolme toista, which has three tracks of exactly the same length yet varying feel and style with manic and often improvised structures. It's safe to say that while the new EP sounds like a new Oksennus release, it also sounds different. As it should.

Continuing in something of a tradition for Oksennus, Työn orjat sorron yöstä nouskaa consists of two tracks of even length, each of which are titled with half the album's title. Opener "Työn orjat" lurches in with squealing static and furious, crushing death/doom energy. Cymbals seem to crash out of nowhere, almost as if edited in mid-hit rather than played naturally. It's this sense of something familiar being altered and given a fresh, albeit filthy, new form that makes this more than just another "slow and heavy" type song.  The band's sole member, K. Olavi K.virta, takes the song slower and lower until it feels as if it's just all brown note until about halfway in, when a sudden shift sees things move up in pace, although still at a crawl, and things open up with chanting, sustained notes on the guitar, and a general sense that somehow things have grown even darker despite the shifting upward in tone. It's disgusting, it's gripping, and you might just like it. The accompanying track caught me off guard, despite my love of the artist as a shape-shifter. "Sorron yöstä nouskaa" is 13:12 of pure harsh noise wall. It's a genre that most either love or hate, although your author here is one of the few sitting in the middle. I truly enjoyed it in this context, although part of me is so hooked on the strangely cerebral sounds of Oksennus in a more conventional sense that I spent my first listen waiting for something else to come through. Once I realized it wouldn't, I was able to spend future listens in a contemplative state. I love a good rumbling wall, and for an artist who typically works within a different framework, seeing such a masterful approach to the sound and focused fury of harsh noise wall is a welcome surprise.

There were apparently tapes of Työn orjat sorron yöstä nouskaa on the day of the EP's release, but they vanished before I even noticed. More will be printed at some point, but for now you should visit the artist's bandcamp page and explore the wonders contained within.
Posted by Black Metal and Brews at 12:07 PM