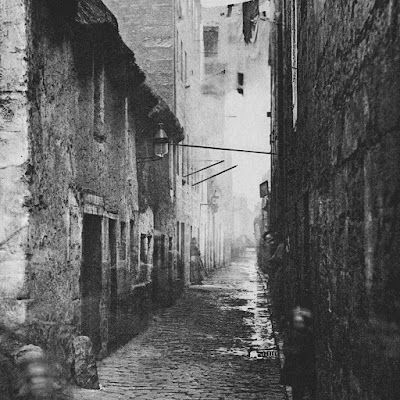 You're reading the title right. It's a new, self-titled Axis of Light tape released to give a small bit of joy in the monstrosity that is 2020. While many groups go a few years between releases without it serving as an indication of inactivity, English black metal duo Axis of Light's first handful of tapes seemed to come out on an annual basis for the first few years of their career, each as raw and radiant as the next. So with a few years of silence, you can forgive your author here for assuming the project was dormant. I'm usually wrong anyway, but it seldom feels quite so good.

When a band releases a self-titled album, it's easy to take it as a statement of intent and identity, and it's clearly the case on Axis of Light, which is also the first full-length in nearly a decade of the band's existence. While the compositional muscle of songwriter and multi-instrumentalist T.L. has clearly grown over the years, the thread from By the Hands of the Consuming Fire to Axis of Light is strong and consistent: shrill vocals over shockingly melodic guitars and drums that are so distorted they sound like a blanket of static half the time. They've always been the perfect band for those of us who enjoy our black metal raw but also like to know there's actual musicians behind it rather than clowns using atmosphere as a shield for lack of originality. In a way, it's no stretch to claim that artists like this served as a bridge for many curious metalheads to find the appeal in harsh experimental noise, simply as a factor of production and atmosphere without having a token "noise guy" in the group.


As for the album itself, well there's a lot to take in here despite a typically brief run-time. While the drums are slightly more defined than on past releases, that familiar blanket of fuzz presents itself almost immediately as peaking vocals and blazing leads accompany the consistent rhythm of "On Whom the Red Moon Bleeds." While the mid-paced (almost march-like) segments are always a thrill and allow things to really breathe, it's sometimes the fastest moments that allow the band's greatest strengths to show themselves without being over the top: even the simplest of riffs dazzle and feel much denser than a single guitar track should and the vocals from A.B. are nearly inhuman in their anguish. "Scowl," for example cuts in with some of the finest guitar work to come out of the black metal underground in ages and does so without accompaniment. It's easy to impress with a full band to support an excellent riff, but T.L handles it directly and expertly on his own here on what will easily go down as one of 2020's finest metal moments in any subgenre.

Even if this album didn't contain that one furious track, each song on this album has its highlights that surprise and catch even these seasoned ears off guard (big nod in the direction of the latter half of "Black Combe"). It's so easy for me to tune out black metal after decades of listening to it and nearly a decade of reviewing it, yet Axis of Light manages to grab and maintain my attention throughout its duration every time I revisit it. You should give it a listen and see how it works out for you. If you see fit to download it, the band is giving all bandcamp donations to English environmental and animal causes (although they indicated to me their current focus is more towards causes addressing current social inequity for obvious reasons). If you're more of a cassette person, keep an eye on the Pristine Blight store for the tape, out soon.
Posted by Black Metal and Brews at 9:00 AM No comments: