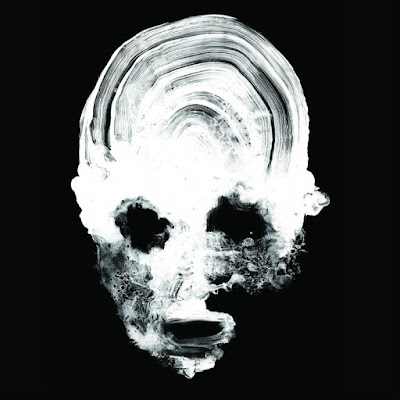 Without even bothering to examine the state of the world (both because it's overdone and because blogging is an inherently self-absorbed thing), 2018 was one hell of a challenging year for me. To be fair, the first few months of 2019 were possibly even harder, but that's a story for the post prior to this one. I spent the year dealing with all manner of personal crises that were almost entirely manufactured by myself, from a resurgence of depression to me managing to break my laptop and spending nearly half the year without a means of maintaining this blog.

Somehow, as anybody able to read this can say, I survived. My perspective is so much clearer now, and while I missed a lot of music during the period where I was without a laptop, I also heard so many albums that I imagine I'll still love years from now. Also, despite the chaos and struggles, I had some truly wonderful times last year, both personally and musically. These small moments dot the darkness like dazzling little stars, and the promise of more moments like them in my future keeps me optimistic as I fight off physical and mental health challenges alike. In this post, I'll strive to share some of the musical aspects of my life (gotta keep some of the personal stuff personal; this isn't a diary) and perhaps I'll help you find something new that you will enjoy as much as I do. If I've missed a favorite of yours, it doesn't mean I hated it or that I forgot it, although both are certainly possibilities. Rather, it's likely that what clicks with me is as uniquely personal as what clicks with you. So feel free to gently send me suggestions, but please don't fret too much if it's just a matter of me not having heard something yet.

For starters, we're looking at concerts. I'm not going to give full reviews, because those alone could easily fill a post:

OMD @ Terminal 5
Vilkacis, Sanguine Eagle, One Thousand Birds, Sandworm, Scant @ Lucky 13.
Roadburn 2018 (highlights include Kikagaku Moyo, Mizmor, The Heads, Godflesh, Old Tower, Waste of Space Orchestra, Hieros Gamos, and Zuriaake, among many others)
Depeche Mode twice in one week for my birthday, in NYC and Boston
Godspeed You! Black Emperor @ Prospect Park (free gig).
Killing Joke @ Irving Plaza.
The Damned twice in one week because they're the Damned, in NYC and Washington D.C.

Yeah, I realize those shows are a bit light on the extreme metal content, but after spending so much of my life attending almost exclusively heavy metal shows, it makes those that aren't metal stand out just a bit more. No love lost, but it's easier to distinguish the things that are a bit different.

Something I noticed in 2018 was that it was truly the year of the split release, for me at least. So many great artists released things that were easily as good as any proper LP. Whether it's the two separate Turia splits, the Asimov-themed La Torture des Tenebres & microcosmys jam, or any of the others listed among this small batch of splits, reissues, EPs, and demos, these were some of the most interesting things that came my way during the calendar year. If anything, the inherent brevity of these shorter releases should make them easier for you to check out. Also, that Book of Sand EP is a strong contender for album of the year, so at the very least you should listen to that.

Now here's the part most of you came for. Albums that ruled. I've chosen a handful that I really enjoyed. Twenty album limit here means that there were some truly enjoyable albums that got left off. Doesn't mean they're bad, it just means I had to be firm with myself or else this could've easily tripled in size and made itself a bit bloated and harder to parse. This is a representation of the diversity of great music released in 2018. Everything from truly raw black metal to art rock with healthy doses of a few other things. Am I still heavily rooted in guitar music? Of course. Still, I'm trying to branch out more with time. Hope that one or two of these really click with you. In alphabetical order so as not to give the illusion that I'm capable of prioritizing (although if pressed, I'd likely list that Daughters album as AOTY). I'm listing these as embedded bandcamp links where possible so you can just click and enjoy.

Voices- Frightened (can't find it on bandcamp or as a stream on YouTube so this is a spotify link, sorry)
Posted by Black Metal and Brews at 9:59 AM