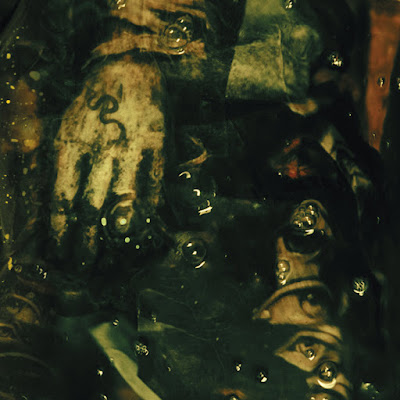 As time goes on, bands tend to refine and hone their sound into something that comes together more closely, with fewer cracks at the seams. Less separation of clashing elements, more fusion of things as the band figures out how to integrate all the elements that really make their sound unique. Oranssi Pazuzu, however, have been on an intentionally opposite journey over the course of their career. Instead of bringing things closer together, Oranssi Pazuzu has taken the essential elements of their music and dove face-first into each of them, pushing them out and spreading things even farther apart as they go. Instead of it creating a sonic rift, the audience is left with increasingly vast expanses of musical terrain to explore that are still entirely cohesive and gripping.

While fans of the psychedelic black metal group's prior albums have surely noticed the influence of classic krautrock and progressive music encroaching at the fringes, it's more present than ever on Mestarin Kynsi, in spirit if not in sound. Rather than a full-on assault at all times, Oranssi Pazuzu takes to each composition like a beast stalking its prey, which makes for a beautiful unease. There's often a sort of lilting feeling when the listener wonders "when will this kick in and where will it go?" and yet somehow it's still often a surprise when the band kicks into high-gear. And even when it seems things are at their most frenzied, as on "Tyhjyyden sakramentti" for example, the music disintegrates into a swarming sea of psychedelic dizziness in the midst of it all, only to drag the listener's brain into the depths of madness. It's rarely predictable, yet somehow almost always better than what you'd have envisioned for it. Elsewhere, on "Oikeamielisten sali" the band veers from metal almost entirely with a melting electronic intro that feels more like the dizziest trip-hop beat you'll come across. The song may dip its toes back into harsher territory with grinding bass and cutting vocals, but it soon returns to the ooze it emerged from in the next song, "Kuulen ääniä maan alta," albeit in even stranger more unsettling forms.

It's this willingness to leave the path set out before them, knowing the audience will follow, that makes Oranssi Pazuzu such an exciting, daring band. Furthermore, it's what makes each new record from this adventurous group more rewarding than what came before, even though they've never created a dull moment in their nearly fifteen-year career. While this already feels like a high water mark, I recall feeling the exact same way about Varahtelija in 2016. I'm in no hurry to move on from Mestarin Kynsi, but I also know that the future of Oranssi Pazuzu is as limitless as the imagination.
Posted by Black Metal and Brews at 10:24 AM