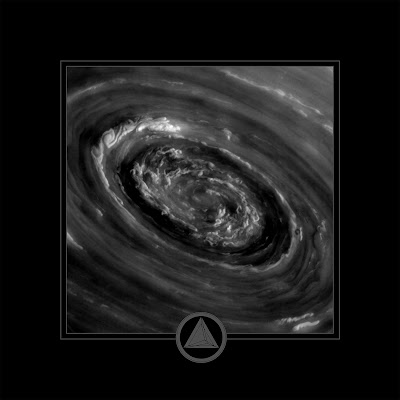 With this post, I return from a lengthy period without writing. It's been about a week, and I've chosen a monster of an album to mark my return to this blog. With Regnum Saturni, Fell Voices have done many things that defied everything I have come to expect, yet have somehow exceeded and surpassed my hopes regardless. I've listened to this album many times and I'm still not sure how to even describe what they've done here. This album has many identities, each of them holding an equal importance and sonic appeal, and to call them all out individually and list them would detract from the beautiful place of balance they've created as an entity. Instead of trying to commit words to something that is both formless and calculated all at once, I've decided to write my review as the band recorded their album: entirely live. I'm about to start listening to the album again, and I'll describe my experience as it progresses 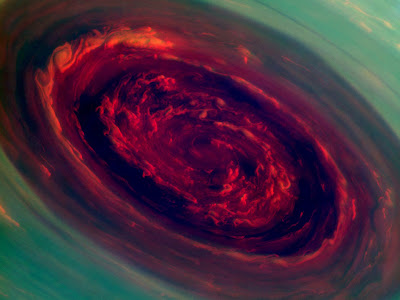 The album opens with "Flesh and Bone," the shortest of the three songs on this album at a mere 17:48. It hums in with some sort of soothing droning instrument that I can't identify. Accordion? Melodica? Synthesizer? I'm not too sure, but it's going to pop up a lot through the course of this album and it definitely sets the mood nicely. The pulsing of the drone is hypnotic yet it builds a certain musical tension as the listener waits for the onslaught to come. After a couple minutes the black metal breaks through, howling onward and upward like a storm of some sort. Vocals are almost entirely buried, serving as another abrasive texture in the ferocity. The first couple of minutes are almost utterly relentless. Just when the listener thinks that this might be the new norm, the song drops just enough for one to discern individual components just as easily as the greater musical piece. The thing that grips me the most is the balance between motion and stillness. The droning quality of the music is a constant, yet the song moves forward at an incredibly rapid rate. The album's cover is almost identical to the images of the hurricane at Saturn's north pole that have recently surfaced, perhaps this is indicative of the musical quality (and would make sense with the album's title). The eye of a hurricane might be calm and constant, yet the winds are wild and unforgiving. So it is with Fell Voices, a balance between calmness and punishing fury. Amusingly enough, many of the riffs spiral in and out of the song in a similar fashion to their peers in Ash Borer's latest album, although instead of Ash Borer's cold restraint, Fell Voices has set fire to everything around them and the arctic guitar patterns are the few glimpses of solace amidst the madness. Around the fifteen minute mark, the song loses control of itself, spiraling ever upward into an explosion that leaves us with the same drone that spawned the album, making way for "Emergence."

By this point I realize the drone is the only moment of forgiveness that the listener will receive. When the metallic aggression returns, it's with less of the misguided fury, forsaking blown out noise for a more direct and precise assault. This is probably my favorite on the album, although I could hardly recommend separating any section of this album from the others. There's a triumphant feeling here that just really strikes my fancy. Around 8 minutes in, the song has hit its pace and if you're not following intently, you're really missing out. Things lock into the most perfect groove and the density of the chaos surrounding this jam just adds to the overall sensation of being a direct part of this rather than a disconnected listener. I'm currently listening to this during a thunderstorm and it's pretty much the most awesome soundtrack. A little over halfway through the song, some of the density clears and you actually get a really good idea of what's going on between all the chaos, and it's truly beautiful. The riffing and frantic pace never slow, yet elements of shimmering, high-pitched melody creep in just long enough to feedback into a return to aggression. If nothing else, this song presents one of the finest displays of mastery over atmosphere I've witnessed all year. The song's peak hits sixteen to eighteen minutes in and the subsequent denoument fades away in a truly gripping fashion, droning into oblivion with wretched voices shrieking out of the void. 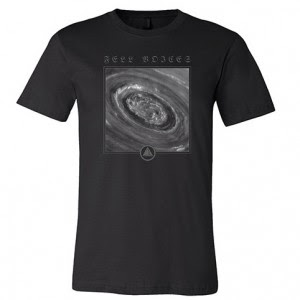 As "Dawn" snakes into my consciousness, I'm both frightened and excited. This album does require a degree of endurance from its listener, but the reward is well worth it. Much like the two songs before it, this tune runs you through pretty much any imaginable territory while managing to throw out a few surprises. As the sonic density rises for the listener to meet with the final challenge, there is a calmness and brilliance that resonates throughout each shimmering cymbal crash and each rhythmic riff. This song is the culmination of more than forty minutes of tension. By the time you've made it to the hollow rattling that signals the journey's end, there's a sense of accomplishment, peace, and also a slight sense of loss. Fell Voices' sonic shifting continues to delight me and I'm really happy to have had the honor of reviewing this album. You can obtain this colossal album from either of the labels that co-released it, Gilead Media or Antithetic Records. It's a double LP with an etched D-side and there's even a limited edition shirt available. This isn't just a recommended listen, it's going to be one of the year's strongest albums. Grab it and catch these guys live if you have any opportunity to do so.
Posted by Black Metal and Brews at 1:46 PM