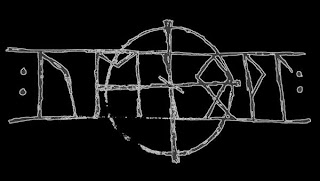 Venowl are a band who present a major issue for me as a writer. I love music, especially harsh and chaotic music, the kind that often eludes definition. My problem as a writer is that no matter how peculiar and challenging an album or artist is, it's my duty to put abstract sounds and feelings into words. The restrictions of the English language put me in a rough position when writing about music like this. In other words, Venowl have created something so hideously compelling that it cannot be described.

Patterns of Failure is not Venowl's newest release, but has recently been reissued by the band. This material differs from the tune I previously reviewed on their 4-way split. This album was written by Venowl as a 3-piece with the aid of a guest vocalist, creating an oddly structured spiral of noisy terror. The album starts at the pace of a funeral march and simply builds upon itself until it becomes a towering monument to wretchedness. The vocals howl from every direction as if carried by the wind.  The production retains a level of clarity that surprises me given how murky this music is. If this is to be called black metal, it's primarily in spirit, as these songs sound like the most horrifying take on sludge I've ever heard, if it can even be labeled as such. The tuning is low, the pace is slow, yet the music fits no classification. It's not a problem for anybody other than myself, as I wish so desperately to describe this music yet struggle to do so.  If anything, the nameless filth that Venowl creates deserves its own subcategory. If somebody came up to me looking for new black metal, I would not instantly think of Venowl. If somebody came up to me looking for new sludge or noise, I would not instantly think of Venowl. If somebody came up to me and asked for something ugly and new, Venowl would be one of the first bands I could recommend. I don't think a band has confused my vocabulary and senses in such a way since I first was introduced to the overwhelming sounds of Nurse With Wound so many years ago. 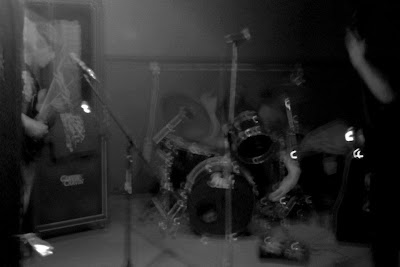 In no way is my lack of words meant to signify disapproval of this band. In fact, I find it refreshing to hear something that brings so many visuals to mind, yet so few musical terms. As I've been attending a music class in college lately, I've been thinking in terms of melody, harmony, and structure so frequently that I have almost forgotten how nice it can be to enjoy music that simply bleeds itself all over the listener and requires no other basis for enjoyment. I seldom find myself this energized by music so slow, but there's a violent intensity here that knows no pace. If you're at all intrigued by this ugly and dirge-like music, you can give it a listen on Venowl's bandcamp or buy it directly from the band, thereby funding future sonic torment from these talented individuals. They've only got 50 copies of the album created for this run, so hurry up if you want a piece of this mess for yourself. For a beer pairing, the band themselves have recommended Victory's Storm King Imperial Stout, and I couldn't agree more. It's dark, bitter, and complex. Much like Venowl, it's description makes it sound unappealing, but it's worthwhile if you're a patient sipper (or listener).
Posted by benhatesmusic at 1:45 PM