Empty Suits- "MMXIII" CS (Self-Released)
Holy hell this one came as a surprise. Lots of bands contact me referencing classics like Motorhead, Celtic Frost, Venom, and the like. Few bands deliver in such a filthy and delightful way. Empty Suits' self-titled demo release captures the rawness of classic first wave black metal and pairs it with the genuine fun of punk rock. Including phrases black metal and punk rock in the same sentence does not, however, make these guys fit in with the likes of Bone Awl. Instead, think of the morbidly catchy aggression from dudes like Abscess and you'll be somewhat on your way to picturing Empty Suits. With only one live performance to date, these guys are as fresh as it gets, so hop on it while the getting's good. Free download or cheap cassette--the choice is yours. 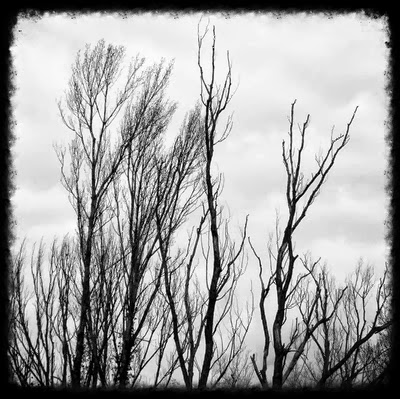 Arbre- "II" CD-r (Distant Voices)
Described by its label as "a solitary journey amongst the labyrinths of mother nature," Arbre's "II" is an album I could hardly find better words to explain. These four tracks of blissfully hazy wintry black metal nearly occupy an entire hour, and the process from start to finish is indeed a journey. While my first listen yielded a dense world of fog, snow, and greyscale forests, the more I revisit this album, the more things pop out to me. Much like straining to see a distant shape in the midst of a snowstorm or heavy rainfall, Arbre's true direction only reveals itself when the listener becomes a part of the album rather than a distant observer. Murky field recordings, dense black metal, and occasional acoustic interludes all work together to create one of the most exciting proper black metal albums I've heard in a while. Only 76 copies of this limited CD-r have been created, so act quickly to obtain yours. 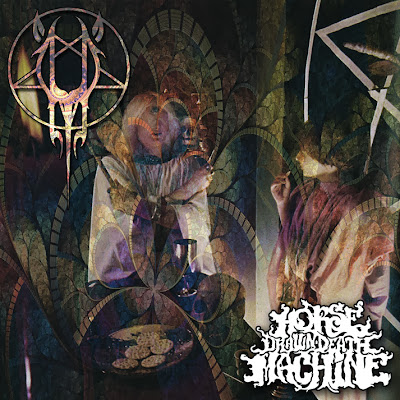 Horse Drawn Death Machine- "No Light" (Self-Released)
This brief EP from Ohio-based Horse Drawn Death Machine is something of an experiment in loving metal of all sorts in the internet age. Psychedelic black metal swirls in and out of urgent mid-2000s melodic death metal with a ton of stoner rock influences. The end result is an album that works just as well for the "party metal" crowd as it does for the serious headbanger. While possibly not grim enough for some of my purist black metal readers, this is an incredibly good time from a group of musicians who know how to mix their influences well without creating a sloppy mess. This one is only up for streaming, but it looks like they've got a full-length coming in 2014, so keep your eyes on these guys.

Posted by Black Metal and Brews at 7:21 AM