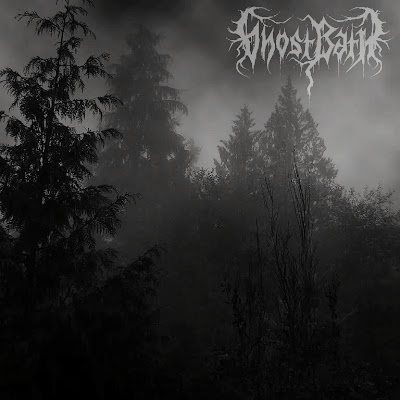 Ghost Bath- "Ghost Bath" (Self-Released)
Ghost Bath are a relatively mysterious black metal group from China who seem to have appeared out of nowhere. The four tracks contained on this debut offering are well-executed black metal with roots in the depressive genre, but without some of the negative connotation that the genre might hold. True, there are Lifelover-esque shrieks that take some getting used to, but the music here is instantly memorable and thoroughly enjoyable. Due to this release's relatively short length, I tend to play it a few times in a row, and it hasn't really lost its appeal to these jaded ears. It seems these guys are currently working on securing a label, which would be great. This kind of stuff really deserves to be on some kind of physical format, as these atmospheres would be quite haunting through the hiss of a tape deck. For now you can enjoy it as a free download from their bandcamp page. Hop on it before these guys get the attention they're likely to receive. 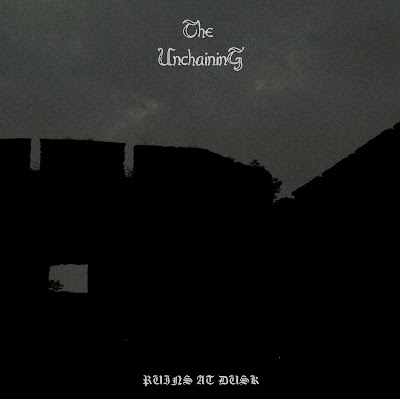 The Unchaining- "Ruins at Dusk" (Self-Released)
The Unchaining is a one man black metal project from Italy. While this album is relatively brief, with two of its seven tracks serving as interludes, the pensive and passionate nature of this mid-paced atmospheric black metal release are its trademarks. Every note presented here is clearly meant to be where it has been placed, and there are occasional choral keyboard touches that hover above the music without overwhelming the soundscape. While the production seems to be bedroom quality, the spirit of the music and its creator's intent is not diminished. Instead, The Unchaining seems to strive for clarity within the fuzz in which this album resides. This is truly the work of a dedicated fan of the genre and I'm eager to see what else this artist can turn out in the future. This is available as a free download, so there's no reason you should pass this up. 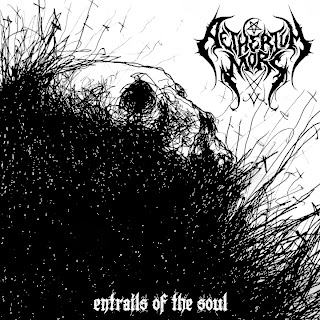 Aetherium Mors- "Entrails of the Soul" (Self-Released)
By far the most brutal release featured in today's much-delayed post, "Entrails of the Soul" is a palatable yet aggressive blackened death metal release from this UK duo. One member handles all the instrumentation while the other is responsible for the lyrical direction and vocal performance. This slick beast fits nicely alongside some of the genre's larger names with its clear production only allowing you to see the glisten of every single fang in the rabid mouth of this band. Drums fly by at a ridiculous pace while melodies wander from the dark twin harmonies that fueled Dissection's earliest releases to bludgeoning heaviness that might be more familiar to fans of technical death metal. This is a release that took almost no "getting used to" for me, it just simply makes sense. The twenty minutes or so of "Entrails of the Soul" pass far too quickly for my liking, but it hopefully leaves promise of a full-length to come. This is currently available for a very low price (about $2.50 USD) as a download, so stream the thing on bandcamp and decide if you're ready to commit.