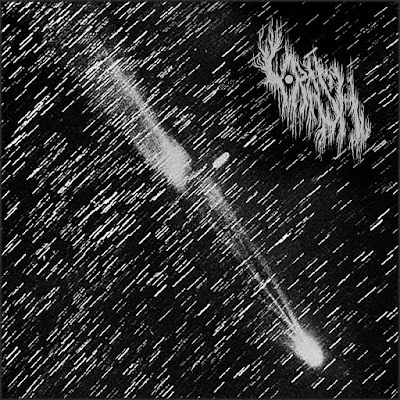 It's time to dive back into the occasionally rewarding, eternally challenging habit of dissecting albums for the consumption of others. Bear with me if I'm a bit rusty as I relearn how to use this part of my brain. Today, we're examining Asphodel by Vorash. This came to me by way of Lighten Up Sounds, who carried a few distro copies of this self-released cassette of cosmic black metal from Vorash, the solo project of a member of Seattle-based outfit Blood of Sokar. On the surface, this tape's shifting and swaying feels like the arc of some grand unseen pendulum, yet deeper examination yields horror and beauty that grow over time rather than immediately revealing themselves.

Vorash specializes in a most peculiar fusion of black metal and doom, opting neither towards crushing drudgery nor depressive weight (although the vocal direction may borrow at times from DSBM and this is certainly not uplifting), but rather shirking off all earthly sound entirely and conveying an otherworldly emptiness. Guitars stretch on forever in a vast sense, but rather than stellar beauty, there's a horrendous sense of isolation. While "Depths" hints at what's to come, the full scope of Vorash's sound is presented on "Surface," which sounds like Darkspace giving their best Burning Witch impression from the other side of a static wall, hammer-fisted riffs and reverb-soaked howls all trailing into eternity, often accompanied by dripping, decaying synthesizers and muted but dense percussion.

If this were merely an exercise in space (both sonic and universal, as it were), it would fall flat, but Asphodel's atmosphere is consistent without just sounding like the gaps between riffs. These songs rise and fall and wander off in such unique directions that I find myself engaged well into the tape's second side despite a massive run-time. Copies of this tape are still available from the artist, despite the fact that this came out nearly a year ago. If you're interested in the suffocating sensation of the void in sonic form, you'd be wise to examine this further.
Posted by Black Metal and Brews at 5:47 PM