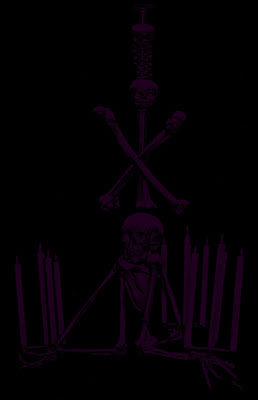 I often find myself feeling like I hear about new music after most of my friends and music-loving online contacts have already discovered it. For once, I've been lucky enough to catch a highly promising new act from pretty much the first moment of its ascent. Morthylla appeared pretty much out of nowhere with this spectacular five song demo tape. Despite their relative freshness, they're already churning out tunes that place them among the top new black metal acts I've heard this year. With even distribution of duties, this two-piece have enough creative fury to put most full live acts to shame. 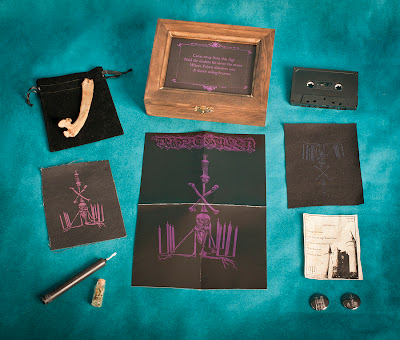 The album begins with "Sussurans de Lamia," a track which kicks off with one of the catchiest riffs I've heard in ages only to plod on into a classic mid-paced black metal section. The whole album is filled with some of the most straight up anguished screams I've heard to date, and while they do play with reverb a bit, it's not to a criminal degree. Everything here fits my ideal production criteria, with just enough clarity to enjoy the music and just enough murky nastiness to keep things raw and pure feeling. While the album's centerpiece is essentially a sample, the four tracks that surround it are solid enough to make up for the relatively minimal amount of music here. If you enjoy your black metal in slower, somber forms without allowing it to stoop to so many of the cheesy DSBM cliches, this album should be highly appealing. The riffs have enough motion to keep the songs fresh yet they linger long enough to be memorable.

Aside from being a killer tape from a promising new band, this album also stands as the first release from a coalition of bands known as Antilight. Antilight groups are dissatisfied with the current state of black metal and are seeking to remedy this issue by creating music they feel better represents black metal's desired direction. Whether you agree with Antilight's purpose or you feel black metal is currently a blossoming community, it's pretty obvious that this album is raising the bar for releases in 2013. This tape is currently sold out in the limited box-set edition pictured here, but will be released in standard cassette format with 200 copies from Schattenkult Produktionen some time very soon. Check here for details to come as they are announced.
Posted by Black Metal and Brews at 8:47 PM