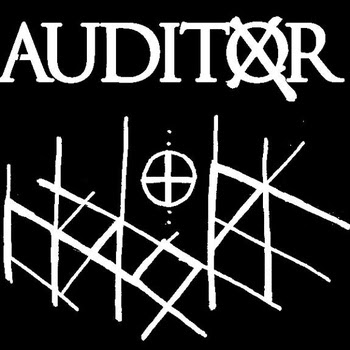 I feel like I'm constantly having firsts here on this site. I hope you guys enjoy it as much as I do, because today's first is something I'm used to seeing only on more prominent sites. I have the first available track from the impending release from Venowl & Auditor entitled Acid Revealing Open Wounds. This release showcases some rather new territory for Venowl, who do seem to benefit from rising to the challenge of working with others. When they force their churning noise through the paradigm of another artist, they expand in new directions. Auditor's contributions to this release manifest as a sort of tension, something reeling in Venowl's typically rabid sound and forcing it along a newer path. While this isn't nearly as painful as having teeth burnt out of my skull, these guys continue to create sounds that walk the masochistic line between enjoyable and hideous in all the best ways. The crawling horror of Venowl is slow and meticulous, with loose arrangements allowing for Auditor to fill in the gaps with bursts of noise, melody, and everything in between. About halfway through, things become truly deconstructed and it almost feels like witnessing people being torn apart. Those who have enjoyed previous works from Venowl or Auditor's former project, Iron Forest, should know what to expect, although there are a few surprises hidden in the murk. 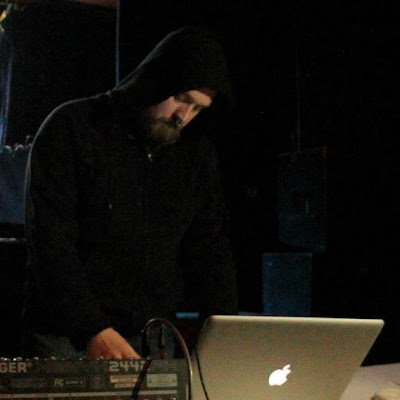 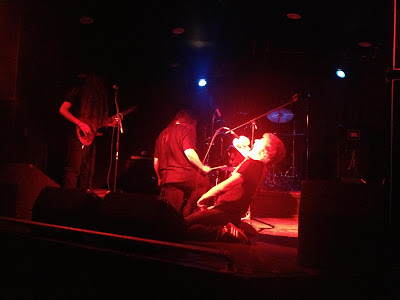 Unmastered copies of this CD will be sold in a specially packaged edition at Venowl & Auditor's upcoming show opening for Wreck and Reference in Chicago. Fully mastered audio will be available on a separate release later this year from Altar of Waste paired with a bonus disc of unreleased material from Venowl. For now, enjoy the first of this album's two tracks, "Mounds of Scorched Teeth."

Posted by Black Metal and Brews at 5:02 PM