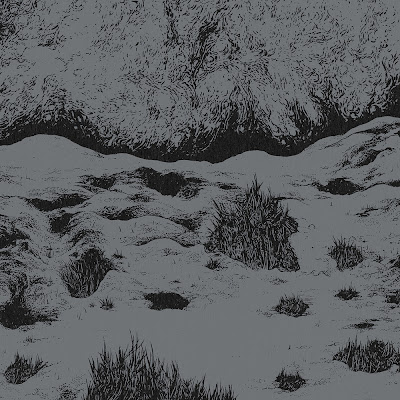 Today we're examining a new release from two challenging acts who function quite differently from each other, yet have come together to put out this lovely split 7" record. While both were names I'd encountered before, I'd heard little from High Aura'd and only knew Blood Bright Star from their recent split cassette with Obsidian Towers. 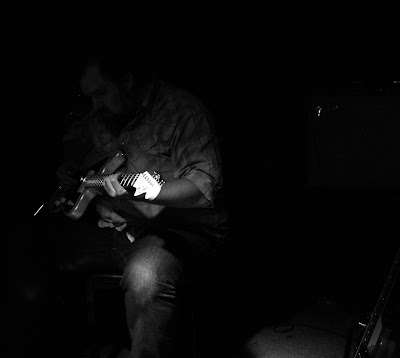 High Aura'd holds down the A-side of this split with the track "Remain in Light." (Link goes to NPR feature with the song's video). While hardly an homage to Talking Heads' album of the same name, this song does create a fearful atmosphere that would make anybody wary of the darkness, at least initially. As the song grows from heavy bleak drone into an almost ethereal humming, one can hear the crackle of the world awakening, entering the sunlight. The shifting beauty mesmerizes here and captivates me as a listener. While far shorter in length than I would prefer, High Aura'd manages to achieve in five minutes what many artists take a whole album to create. 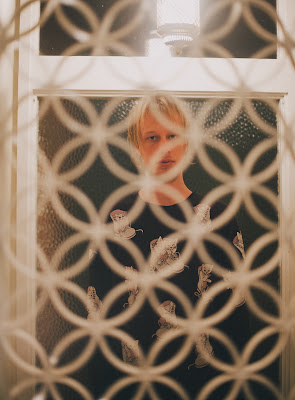 Visiting the B-side, we are presented with Blood Bright Star's "Golden Blood Pt. II." I haven't heard part one, but this feels like a song unto itself, with no prior context needed to enjoy it. With a downtempo, minimal song structure, this song is still notably more "busy" than "Remain in Light," yet it feels like a solid accompaniment. In a strange sense, this feels like an odd jam between Portishead and mid-90's Godflesh, with vocals thrown out the window because the music's solid enough not to need them. Dark, urban, yet outside of the normal social boundaries, the song serves as a backing track to mysterious activities of some sort. This release begs for repeat listens due to its brevity, however I'd selfishly like another song from each group so that I can really lose myself in this as an album rather than a teaser.

This limited edition (250 copies) split is currently up for pre-order at the Anti-Matter Records webstore, along with great releases by artists like Gates, Onibaba, and Swamp Witch. Hop on it now, as this split is shipping out this coming week.
Posted by Black Metal and Brews at 9:36 AM