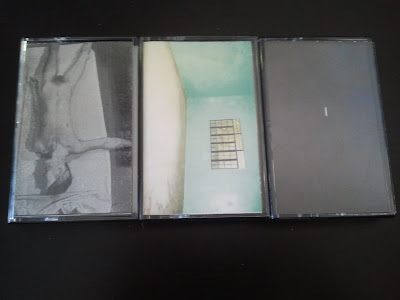 Today I thought I'd try something new. I don't see this being a regular feature, but I recently became acquainted with this new label from Winnipeg and felt that it'd be nice to do something of a profile on each of their three releases. Each of these tapes is out in incredibly limited quantities (less than 30) and each is distinctive and enjoyable. Without further rambling on my part, here's your quick introduction to Male Activity. 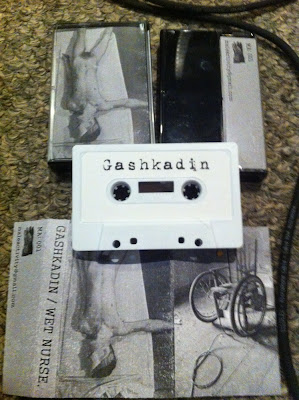 First off, we've got MA:001, a split between Gashkadin and wet nurse. Gashkadin holds down the a-side with three tracks. The music is dense and ominous, evoking a world obscured by billowing smoke. There may be cries for help in the distance, but the likelihood of understanding or helping those on the other side of the cassette is nonexistent. In the last track on the first side of the tape, the yelling becomes clearer as it cuts through screeching feedback. By the time the song ends, the voice becomes buried again, and I feel as though I've escaped some kind of violent fate. Wet Nurse. takes the b-side to a noticeably more depressing place, with some distant melodies joining the mix alongside squealing static and yells of desperation. The tape (or possibly just this side, it's hard to tell by the inlay) is dedicated to the memory of an individual named Sidney Bradford. This almost sounds like a cathartic release for the loss of a friend, but I might be looking too far into it. Regardless, this tape is a fantastic beginning for this label and I'm totally sold. 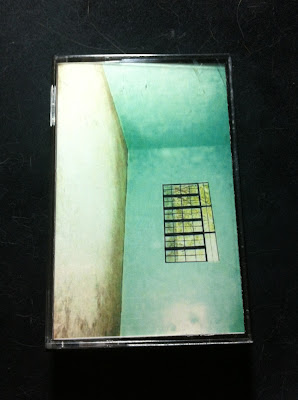 MA:002 distinguishes itself from the first tape quite nicely, a good omen for this label which proves that they aren't focusing on just one aspect of sonic madness. The second tape is an untitled release by Bedroom Suite, a slightly more calming experience than MA:001.  Subtle piano and crackly loops drone their way across a slowly shifting landscape in the first untitled track, much like the motion of sand dunes which grow and change shape with the winds. The album as a whole has a feeling of remembrance, but isn't quite nostalgic. Instead I almost feel like I'm eavesdropping on a sonic representation of somebody's regrets. There is certainly a depressing and haunting atmosphere here, but as someone who spends a lot of time with darker music, I find this to be overall soothing and highly enjoyable and this will definitely appeal to folks who don't normally delve into the noise and drone genres. As of the time of this article's posting, this cassette has officially sold out. Keep an eye out for more from this artist. 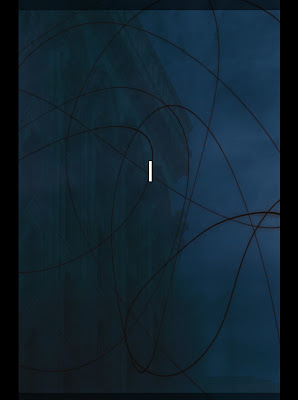 MA:003 is the most recently release from this label, and it's another solid tape to round out an already promising roster of noise artists. This tape, "I" by Khfiva, is perhaps the warmest and most inviting of the three tapes in the initial Male Activity batch. Gentle drones hum back and forth while occasional percussion and clamor occur in the background. Whereas Bedroom Suite is depressingly mellow, this album is slightly less mellow yet seems to come from a more inviting place. For the uninitiated, this might be the most welcoming of the three tapes, although I wouldn't turn anybody away from any of these fantastic albums.

In case I haven't made it clear enough, you should probably rush to Male Activity's bigcartel page for a chance to grab these before they sell out. If they haven't sold out by the time this post reaches your collective eyes, I'm hoping that my kind words will change the scenario.
Posted by Black Metal and Brews at 4:50 PM