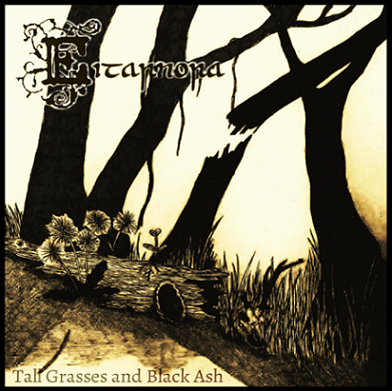 Eitarnora are a drone-heavy folk duo who seem to exist in a beautiful little bubble, separate from the rest of the musical world. These two musicians seem to find peace and solace in gentle, natural forms and use their music to create a blissful space in which they can reflect. In this beautiful little realm, Eitarnora creates a landscape of mid-afternoon clouds and rolling hills with grass playing in the wind, beautiful yet isolated, which seems to be the way Eitarnora prefers to exist. While the twosome utilize a broad variety of instruments and even a couple guest appearances over the course of these five songs, there remains a very stripped down nature to this glistening hybrid of drone and Americana. All the spaces are filled in by gentle tones, yet none of it is overpowering or invasive, and it works wonderfully, being both personal and massive at the same time. 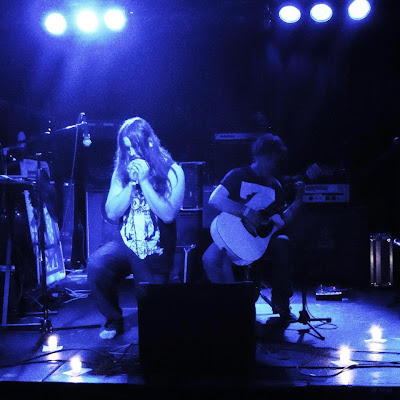 I find the music here goes through moments of melancholy without fully immersing itself in anything negative. Instead, it's the moments of introspection and calmness that come from progressing beyond the melancholy that really stick with me as a listener. Endless fields stretch out before me during some songs, like opening track "Feet in the Earth," while other songs retain a sense of solitude, like dust floating in thin light beams in an old forgotten attic. The nice thing about these relatively soothing songs is that they never make their way into the territory of dull background music. While many similarly calm albums can fade into the distractions of everyday life, Eitarnora's gentle presence is still strong, hovering in the periphery of one's conscious thoughts, with layer upon layer of sound revealing new sonic and mental territories with each repeated listen. This space is perfect for silent reflection, meditation, and even just relaxation. I've been listening for a few days now and it has been a stellar soundtrack for both rising in the morning and readying myself for sleep. Any time I want to find a piece of nature's beauty in the midst of the flat city in which I live, I know I can turn to this mellow gem for a soothing escape. 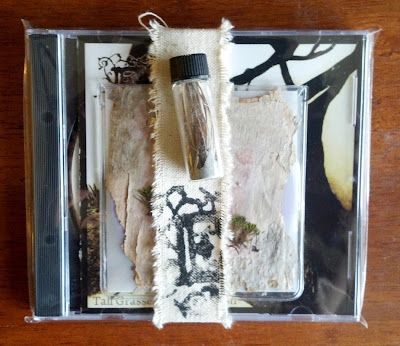 This album is currently available for preorder from Lakedeer Recordings, with an official release of midnight tonight. 100 copies of this CD will be available, 20 of which are special editions which will contain a 3" CDr and DVD-r recording of a live Eitarnora concert, as well as a vial of dried grass and black ash. Check out a sample of the second song, "Plains Dance" from Eitarnora's bandcamp or a sample of the gorgeous "You Are Mine" on Heathen Harvest if my kind words haven't already convinced you of the worthiness of this album. Immerse yourself in pure beauty and enjoy.
Posted by Black Metal and Brews at 7:12 PM