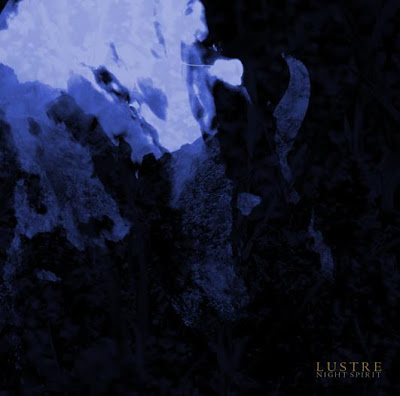 Fans of atmospheric and ambient black metal probably don't need any introduction to this band or album, but since not all of my readers fall into that category, welcome to a review of Lustre's landmark album, "Night Spirit," which is finally seeing release on vinyl thanks to Fallen Empire and Eisenwald. For the uninitiated, Lustre is a one-man atmospheric black metal project from Sweden. His songs transcend the dreary and often forgettable meandering that tends to typify the ambient reaches of black metal by reaching levels of beauty and serenity not often provided by the genre as a whole. 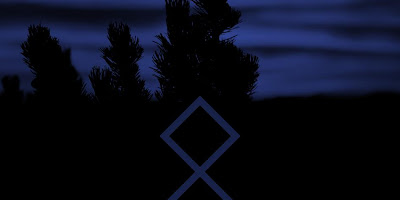 "Night Spirit" is composed of two tracks that are unified, not quite as one seamless song, but in sound and direction they lead the listener on an unmistakable journey. In many ways, this song is hard to describe with words. Every time I listen to this album (which is usually multiple times a week) I feel like I go on a sort of journey into myself. The density of the guitars and keys paired with the stripped percussion and sparse vocals drives me into a very calm and familiar place. This album feels, more than anything else, safe and timeless. There are a couple percussive key lines that I'm sure some people might poke at as a bit cheesy, but I truly feel it's as effective as any melodic lead I've heard on any other instrument. Each of these tracks crosses the twenty-minute mark and each is equally hypnotic in its effect. The album flows from a low to a peak and back down again. This triangular journey works very nicely, as things get coldest and most intense towards the end of the first song but work their way into an incredibly secure and warm sensation by the end of the second. Much like the album's name, it's something of a musical quest from nightfall to dawn, and it's just as beautiful as watching the shifting of the skies. I really can't recommend this album highly enough; it's easily one of my favorite records of 2013 so far.

Snag a copy of this while you're still able. I'm still surprised this didn't sell out immediately upon its release, so you should feel fortunate if you haven't already grabbed it. Obtain this beauty and find your own source of inner calm at maximum volume.
Posted by Black Metal and Brews at 8:34 PM