Today we're examining two separate releases from a small private label that focuses exclusively on local artists from the Willamette Valley region of Oregon. While exclusivity can be a harmful and isolating thing, it can also create a tight bubble in which artists are sheltered from outside influences. In this respect, it's always interesting to look at small musical communities, especially from the standpoint of an outsider. While I can't say I've pinned down an exact sound for this label and its bands yet, it's clear that this group of relatively young musicians is keeping very busy within the greater genres of black metal and noise. 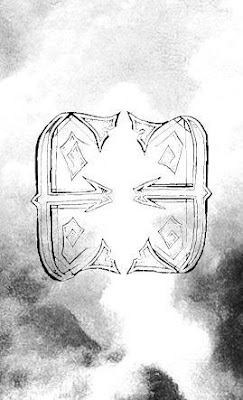 Glossolalia Records' 29th release, Eternal Eclipse's compilation cassette, is a collection of lo-fi black metal misery that is primarily spawned from the mind of just one individual, although there is a rehearsal track at the end with a full live lineup. These songs plod along at a medium pace with shrill vocals that tend to stay low in the mix, but occasionally break through to emphasize particularly intense moments. As with many bands like this, there are some scattered moments of "imperfection," but I feel that these moments really bring out the human nature in the music rather than detracting from it. This isn't technically-focused music to begin with, so as long as the mood is consistent, (which it is), I'm pretty happy. I also am pretty curious if this band's name is inspired by the Edge of Sanity tune of the same name, because that would be pretty awesome, even if the two aren't stylistically similar in any way. If you like your black metal slow and melodic with the occasional shift in tempo, give this tape a shot. It's over an hour of atmosphere and density for only five bucks. You can't go wrong. 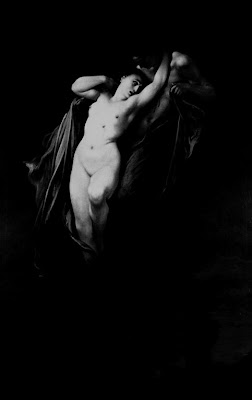 Following up the bleak beauty of Eternal Eclipse is the harsh and chaotic split between Ninjas for Hire and Earthenwomb. While I already had a cursory familiarity with Earthenwomb, I had never heard of Ninjas for Hire before obtaining this cassette. I'm not one to rag on a band for their name, but I'm quite grateful that Ninjas for Hire aren't a rap metal or pop-punk group, because their name initially gave me the impression that I might be in for some rather unpleasant listening of the variety that I tend to avoid. Instead, both artists give the specific brand of unpleasant that I relish: harsh black metal with obvious influences from noise artists. Ninjas for Hire blows through their side of the split with a blown out and choppy offering of black metal with punk and thrash influences that reminds me of Bone Awl or Crebain at times. Sometimes the choppiness of the recording can be a bit distracting, but it's all part of the package with music like this and it still works pretty well. Earthenwomb's contribution to this split manages to be even denser, with drums that feel like focused waves of noise instead of actual percussion and vocals that cut right across the music. It's aggressive and hideous, and after the initial shock of the intensity has set in, it's pretty awesome. The space between sounds here becomes the "beat" around which the music occurs, encouraging a more focused listening experience. If you want background music, you'll have a hard time here, but if you pay attention, you'll find some solid and murky black metal.

These bands and this label are all pretty busy, so keep an eye on all the pages I've linked to throughout this review. This label has new stuff coming out pretty regularly, and almost everything they release is up for free on their bandcamp page, so it's completely risk-free.
Posted by Black Metal and Brews at 4:49 PM