Here we are again with another week's worth of drinks. Last week it seems I was big on lighter beers and this week I ended up with a relatively heavy and dark selection. My semester in college ends in about ten days, so expect to see a few more beer posts and definitely more consistency in my musical updates. As always, thanks for joining in on the fun and feel free to recommend some good drinks! 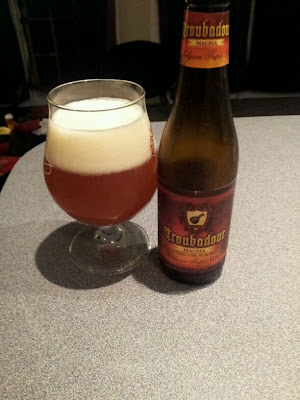 Troubador Magma (The Musketeers)
With a nose like a creamsicle and a large frothy head, this beer has all the appearances of a delicious beer float of some sort. However, this peculiarly mixed Belgian triple IPA is far more refreshing than such a description would convey. This drink has light elements of citrus and tropical fruit thanks to a marvelous pairing of hops and Belgian yeast. I'm not sure what makes this drink so compelling, but it's smooth and perfect on a warm spring evening. 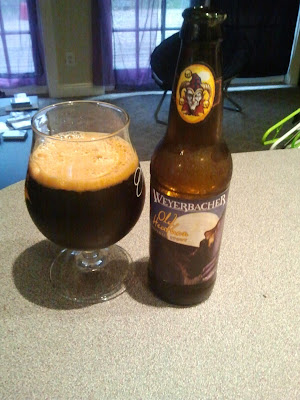 Old Heathen Imperial Stout (Weyerbacher)
As I often do when picking new beers, I completely ignored any relevant descriptors such as style, IBU, or flavor characteristics. When I looked at this beer, I saw that it was called Old Heathen and it had a dude who looks like Garm on the label. To be perfectly honest, this beer rules either way. Whether it's because everything about this beer is as traditionally black metal as a beer can get or if it's because this is just an incredibly well made imperial stout, it's fantastic either way. Pours as dark as you'd expect, with delicious chocolate notes in nose and taste and a surprisingly smooth flavor for an imperial stout. Definitely a good one to show someone who is new to imperial stouts yet has enjoyed the stout style in the past. 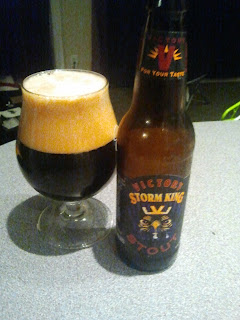 Storm King Imperial Stout (Victory)
Victory shows up again in my list due to their accessibility and consistent quality. Storm King's long been a favorite of mine but it's probably been the better part of a year since I've had it. No idea why, since this is an imperial stout with a remarkable level of bite. The head on this beer is nice and thick while the drink is bitter and dark in all the best ways. A perfect beer when locked in on a stormy night, or even just good casual drinking for those of us who like our beers dark and intense. I've heard that the special edition Dark Intrigue is also perfect, but I've yet to run across a bottle of it at a time when I've had the financial ability to justify purchasing it. Grab this guy if you like it heavy and grab its big brother if you're feeling particularly feisty.
Posted by Black Metal and Brews at 12:24 PM