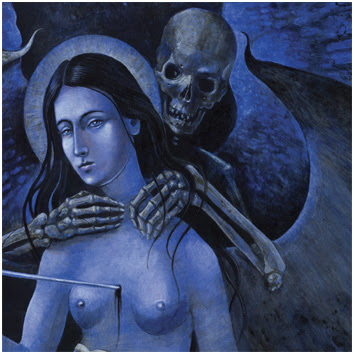 Greetings readers. Most of you are probably surprised to see such a high profile release here, but after owning it for the past couple of months, I realize it would be absolutely unjust if this album didn't receive some kind of coverage here on Black Metal & Brews. Given that this landmark album is still available in multiple formats, I feel it's my duty to urge you folks to give it a listen and purchase it if you see fit. 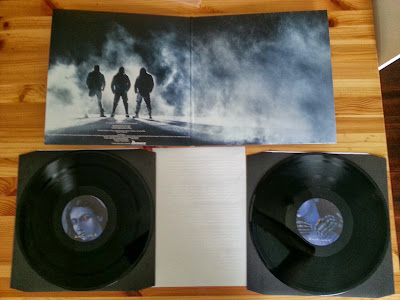 If you aren't already familiar with this absolute monster of an album or the band behind it, here's your opportunity. Aosoth is a French black metal group who puts out some of the most discordant, chaotic black metal I've heard in a while. After a performance at this year's Maryland Death Fest and some pretty decent promotion behind this album, it's likely you've at least heard the name. With multiple releases under their belt and hype that they can actually back, it's likely that we're only going to hear more from and about this band in the near future. "IV: An Arrow In Heart" is easily one of the most addictive albums I've heard this year, although I find describing it quite challenging. The entire album feels like it's a transmission from a distant and horrible land, wholly isolated in time and space. Elements both futuristic and archaic weave throughout each other in some kind of unholy symbiosis, with tribal pulses echoing across a severely irradiated wasteland. Pretty much everything I love about black metal is present to some degree here. The guitars are filthy and often chase themselves in circles. The vocals are throaty and depraved, just on the far side of intelligible. The production is jagged and dense but none of the crucial elements of Aosoth's sound are obscured in the process. The lyric insert in the record is written entirely in Braille, an interesting touch for an already challenging album. I'm sure somebody has gone through the effort to decode them, but I have yet to find the words. If anything, I enjoy the mystery the band has created. I feel like less observant listeners might look to similarly minded bands and just throw out names, but there's a frightening sincerity to this album that is often lacking in releases that inspire such dread and I can't find a true peer for this sound. With songs so beautifully overwhelming, repeated listens continually yield layer upon layer of filth and fury. In short, this album is both instantly enjoyable and still has room to grow after multiple experiences. It's rare that an album holds my interest to such a degree, but Aosoth has done just that with "IV: An Arrow In Heart" and I couldn't be more pleased with the outcome.

Visit the Agonia Records Webstore to grab this on CD, traditional black vinyl, or limited transparent royal blue vinyl. If you're in the United States, you can try to order copies of the standard gatefold vinyl from Fallen Empire while they're still in. Listen to an edited version of the album's title track below:

Posted by Black Metal and Brews at 1:11 PM