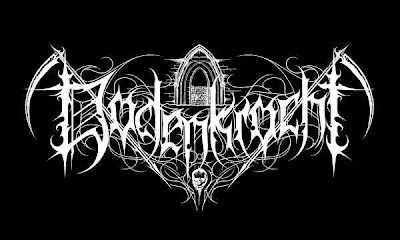 Dodenkrocht- "Misery Chords" EP (Self-Released)
This EP is probably the most appropriate album I could be sharing in time for Halloween. Before you decide it's a collection of spooky sounds and cheap gimmicks, let me explain. The funereal vastness provided by Dodenkrocht on these three original compositions (and closing Manes cover) is majestic and so inherently visual that I can almost imagine an entire short scene for each tune. The pace of their second-wave inspired black metal is moderate at its fastest, which works nicely as this album is full of notes that ring out and howls that trail away into the darkness. If this wasn't recorded in a foggy forest clearing in the dead of night, I'd be none the wiser. The atmosphere is dense and the musicianship is solid. Even when the guitars are sped up, the drumming maintains a steady and hypnotic pace that really cements the ominous nature of Dodenkrocht's music. While this was my introduction to this project, I'm keeping an eye on these guys for future releases and you should do the same. 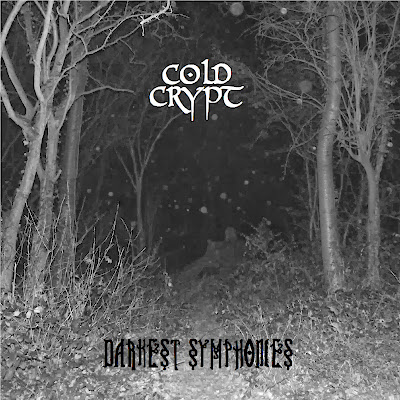 Cold Crypt- "Darkest Symphonies" CD (Self-Released)
These guys were kind enough to send me a copy of their CD all the way across the pond. Fortunately for me, it's good enough to feature even if I'd had to hunt it own myself. Working with roots in black metal, Cold Crypt frequently deconstructs the musical paradigms of the genre to bare bones only to craft new sounds with them. Hazy guitars and murky production create an almost electronic fuzz, with some tracks creeping into icy pulsing synth-heavy horror soundtracks. Some groups's names are quite telling, and Cold Crypt is absolutely one of them. Eerie without becoming campy, this album frequently treads into territory more often found on power electronics releases than traditional black metal albums, which is refreshing. Samples and sonic trickery fit in comfortably besides scathing metal assaults and cold minimal synth tracks. Absolutely worth a listen. Obtain a copy from the artist if you're located in Europe or from Badgod Music here in the USA. 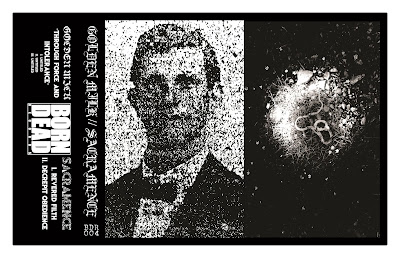 Sacramence/Golden Milk- Split Cassette (Born Dead Records)
In a year when Raspberry Bulbs' newest album is making its way into massive mainstream success (well deserved, I might add), one might expect offerings falling into "noisy blackened punk" territory to suffer in quality, perhaps as trendhoppers.  I'm pleased to say this tape delivers the goods wholly and sincerely. Sacramence is the solo project of S. Jordan and submits two songs of blown out filth to start things off. Sacramence claims to deal with themes of nihilism and animal rights, which sounds awesome to me, but I can't pull a single word from the murk here. Opener "Revered Filth" starts off pretty slow and textured, with distortion building into an almost psychedelic bliss until chaotic drumming and distant howls break through at a frantic gallop. The second tune, "Decrepit Obedience" is much slower and more ominous, slowly shifting around and through itself in the most haunting way. Golden Milk follows with three compositions all thematically linked as separate parts of the same song, entitled "Through Force and Intolerance." These three songs are even more warped and fuzzy than Sacramence's portion of the split, yet are stripped of the hazy layering and are instead a focused and aggressive assault upon the listener. The pace varies but it's pretty straight-up, which I completely respect. This is currently available as a free download if you visit Sacramence on bandcamp and will be available from Born Dead Records' webstore as a cassette sometime soon.
Posted by Black Metal and Brews at 6:36 PM