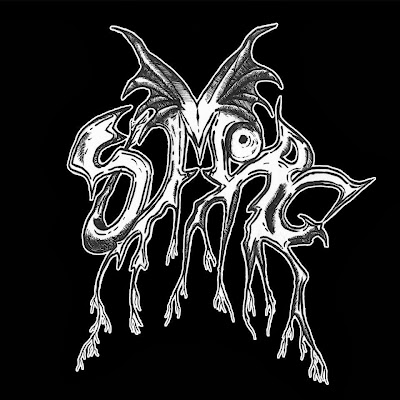 Smorg- "A Morbid Chapter" CDr (Self-Released)
Have you, dear readers, ever wished for the maddened howls of LLN-inspired black metal to be fused with the punkier side of grindcore? Smorg sees an absence of this in the overall metal community and is filling this void. The rawness of this demo only adds to the fabulously murky sound these guys have crafted. While the songs are aggressive and the vocals are as inhuman as it gets, there are occasional melodic leads that are well integrated, allowing for even less adventurous listeners to become assimilated as Smorg grows to engulf the weak. The CD-r the band sent me is about as DIY and simple as it gets. My laptop even refuses to play it (although other devices of mine seem to have no issue--thanks computer), perhaps because it can't handle the intensity of Smorg's assault. With songs like "Spilling Imperial Blood" being both addictive and vicious, it's safe to say these guys deserve a listen. They just released a split with Cold Crypt on Depressive Illusions, so snag a copy of that if you enjoy what you hear. 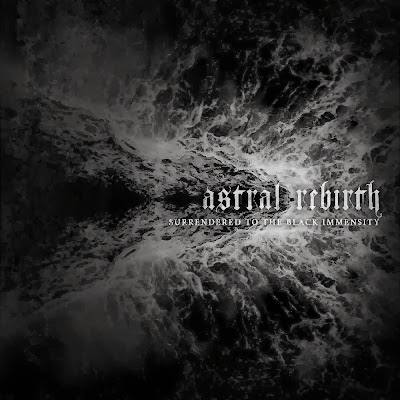 Astral Rebirth- "Surrendered to the Black Immensity" CD (Winterglow Records)
Immensity is as apt a term as any to describe the majestic black atmospheres Astral Rebirth creates on this beast of an album. I've had the promo email sitting in my inbox for four months, and like the fool I am, I've listened many times and neglected to review it. This hazy brand of ambient black metal is perfect for rainy days, contemplation, and even winding down in the evening. That's not to say that Astral Rebirth makes mellow music, but it embodies heavy grey days and clear starry nights. On a deeper level, the name and the atmosphere here make it clear that this music comes from a place of deep focus and possibly self-reflection. I'm not able to speak to the themes on this release, but these songs capture a vastness and timelessness that I can't quite place. It appears that copies are sold out from the label, although I'd keep an eye out, as I'm sure more will emerge. 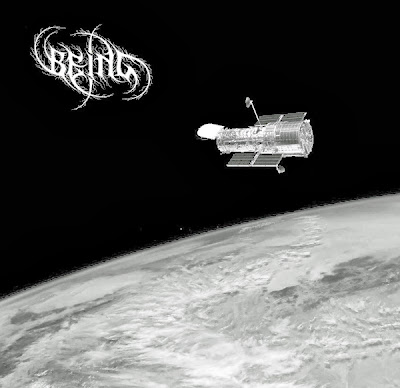 Being- "II: Nyx" (Super-Void)
If Astral Rebirth isn't cosmic enough for your liking, Being's most recent release will surely capture the right state for you. Easily the cleanest recording featured in this post, "II: Nyx" is a two-track affair of cosmic melancholy. Opener "Hypnos" has a purposefully repetitive vocal melody, driving a sense of great emptiness in over the course of many minutes while the music spirals from somber to chaotic. Closer "Ex Nihilo" is decidedly more planted in progressive metal territory, yet doesn't lean towards needless noodling. There are absolutely no harsh vocals on this album, which might not suit all fans of extreme music but works quite nicely here, with a clean presence that is firm yet almost ghostly in its wavering nature. The bleakness of the music and the solemn determination of the vocals work together to create an elegant and multifaceted album. While just under twenty minutes in length, "II: Nyx" feels fully realized and lacks little. Download it from the Super-Void/Being bandcamp.
Posted by Black Metal and Brews at 7:53 PM