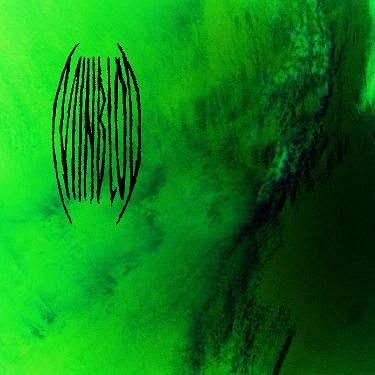 For most of my life, I've had a slight hearing issue. Not the sort of thing you could really diagnose and treat, just the sonic equivalent of everything blurring a little around the edges. It wouldn't surprise me if the extra focus this requires of me has contributed heavily to my great appreciation of listening to the intricacies of music. I listen for the notes between notes, the hidden things that bands might not have even intended for us to hear. When I hear a murky album like Minblod's "Apparition and Aberration," I get a rush from the challenge and the promise of hidden sounds just waiting behind the blur of noise.

Minblod's music works in textures more than individual sonic components. While a determined ear can separate the instruments from each other, the first listen gives little more than a heavy blanket of distortion and shrieks. As the listener focuses, there is almost a calming sensation amid the bleak atmosphere that Minblod creates. The dense fuzz becomes a layer of fog enveloping the listener rather than an obstacle between the music and the listener. Indeed, there is a certain meditative quality to these songs, many of which plod along at a slower pace than is traditionally accepted in black metal. The slow pace paired with the density of the music take the lo-fi template of artists like Xasthur to new depths of isolation, as presented on tracks like "Three Permutations." However, unlike depressive groups who share a similar aesthetic, Minblod seems to be simply acknowledging the inherent chaos in every moment  rather than simply holing up and wallowing in self-pity. Indeed, closing track "Heuristic Construct" has an almost redemptive quality to its relatively mellow ambiance, as if rewarding both listener and artist for surviving the album. 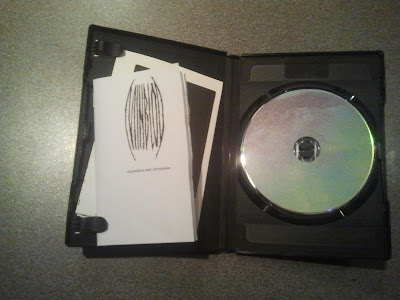 This album is available for download courtesy of Humid Records and will soon see physical release from Depressive Illusion. The album comes on CDr in a DVD case which holds a booklet explaining the philosophical journey on which "Apparition and Aberration" takes the listener. To say that the brief essays contained within are challenging reads would be an understatement, but they detail the artist's thoughts on our ability to observe ourselves using our established tools of perception. This companion booklet really makes the physical release a must-have, so keep an eye out.
Posted by Black Metal and Brews at 5:00 PM