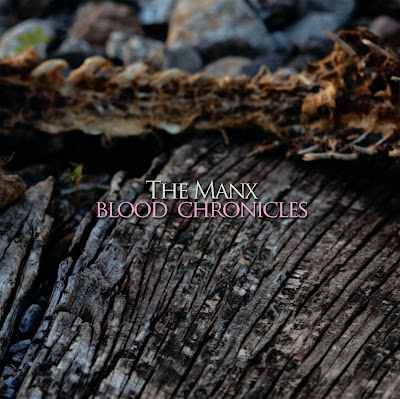 I've been following the musical career of Tommy Meehan for quite some time. While none of his bands, past or present, would exactly fall into the category of extreme metal, almost everything he's created has had an uncompromising attitude and commitment to originality, no matter how absurd the music becomes. From the Mr. Bungle worshiping ADHD warriors The Brockly Tacos to the insanely catchy electronic grind madness of Razzle Blaster, he's always managed to surprise me without losing my interest. When I first heard about his newest band, The Manx, I was slightly apprehensive. Folk punk? That's a dirty phrase, if you ask me. Somehow, despite my aversion to acoustic instruments making their way into punk rock and hardcore, The Manx have created something so fun that genre definitions are irrelevant. 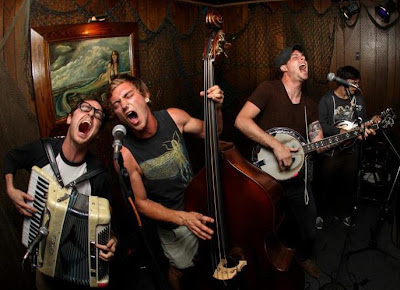 Aside from transcending and eluding the trappings of many of their peers who seem to simply aim for the disaffected pre-college crowd, The Manx seem to actually enjoy playing their music, which allows me as a listener to get a greater enjoyment. Nowhere to be found are generic political statements about capitalism, nor will you find trite love songs about crust punks. What you will find on Blood Chronicles is goblin-slaying madness that would make any "viking metal" group proud. I feel this music has a stronger kinship with Finntroll's acoustic album than with most any group of punks who decided to go acoustic for a change. The musical precision and finesse displayed here impresses in a genre that tends to rely on simple strummed chords, and the inclusion of accordion adds a chantey-like element to every one of these songs. From the waltz of "Husky Tavern" to the hyperactive digital-only(?) instrumental jam, "Bear Cubs in My Pants," this album has enough diversity to keep things fresh from start to finish and warrants repeat listens due to its moderately brief length. 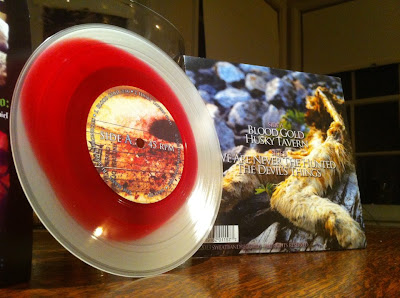 This album goes on sale and ships out today with gorgeous color-in-color vinyl that is well worth the small seven dollar price tag, especially since it's for sale directly from the artists themselves. While this isn't normal Black Metal and Brews fare, give it a shot. You might find (like I have) that trying something new can often yield beautiful results. If you're not ready to make a cash commitment but have a curious nature, don't worry, the band have also offered it for download at the price you like best over at the same link you can use to purchase it.
Posted by Black Metal and Brews at 6:35 AM