Today is a day on which I share some tunes I don't normally get to share. While I do spend about 85% of my time listening to ugly, misanthropic, and otherwise dissonant music, I also appreciate songs and artists of most genres. I've compiled a few of the albums that were released this year that I felt were worth listening to more than once or twice. I'm sure I'm forgetting some obvious and awesome albums, and I'm sure I'm not nearly as well equipped to write about this kind of music, but you're going to check out this small handful of albums. You might even enjoy some of it. Don't worry. Nobody will judge you.

Clams Casino- "Instrumental Mixtape 2"
Clams Casino is a producer from New Jersey. I'm not normally a hip-hop connoisseur, but I'm a big fan of electronic music in most of its forms. As an instrumental mixtape, this album collects some of his finest beats and removes the vocal lines that may distract listeners like myself. If you're curious about hip-hop and rap but aren't always fond of the lyrical delivery, this album's a perfect place to start.

Comfort Woman- "Summer Demo"
Comfort Woman is a group I can't really describe that well. The songs are catchy and off-kilter. The vocals are just really raw, but not in the whole harsh black metal way. It's more of a punkish apathy, or just a very open-hearted sort of delivery. This album's just really emotive and addictive for me. I've listened to it a good handful of times since I stumbled across it. Check it out on their bandcamp and download it if you like it. 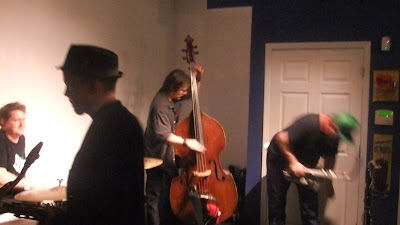 Endangered Blood- "Live @ Squidco Bootleg"
This band's entry is basically stolen from a BMAB favorite blog, The Static Fanatic. Endangered Blood are a jazz-like quartet featuring Jim Black, Oscar Noriega, Chris Speed, and Trevor Dunn. I don't have quite the vocabulary for what they do, but it's pretty stellar and I can't stop listening to it. I initially grabbed this as a fan of pretty much anything Dunn-related, but this transcends even what I had expected. It's as chaotic as it is soothing. This is everything I wanted it to be and more. Check it out over at The Static Fanatic. 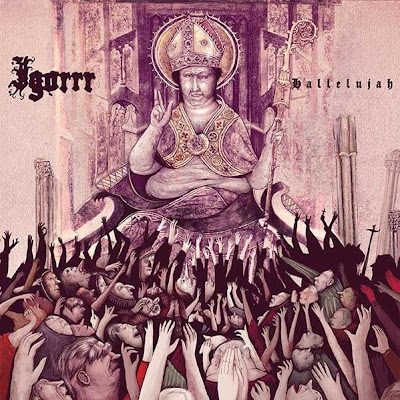 Igorrr- "Hallelujah"
If you aren't yet familiar with Igorrr's schizophrenic brand of breakcore, this album is as good a starting point as any. Focusing heavily on baroque-era sounds, Igorrr also throws in everything from snippets of death metal to choral chants to flamenco style guitar. There's pretty much nowhere this album doesn't go, which would be catastrophic in the hands of a lesser musician, but Igorrr keeps things just focused enough to remain wholly enjoyable from start to finish. This is almost "extreme" enough to put with the metal albums, but is just too left of center to really include with the metal releases. 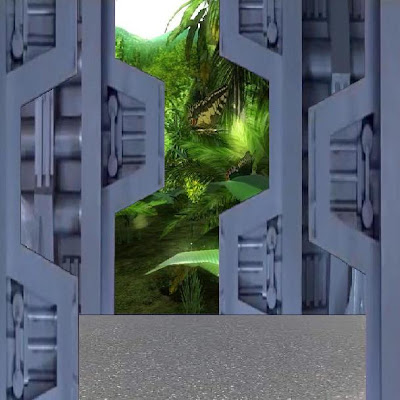 Kirk Fogg- "2049"
With his new album of intergalactic trance, Kirk Fogg takes us far into the future and on a serious journey. I definitely don't have the vocabulary or experience with the genre to fully explain why this album appeals to me, but there's a sense of true exploration here. The music constantly builds and surges in an empty space that Kirk Fogg has crafted for the listener to live within for the 70-ish minutes of this album. The music's pace is definitely upbeat, but this album feels entirely mellow. The speed of the music feels more like it's pulsing around the listener rather than rushing the listener along. Perhaps my words show how little I understand this music, so it's best to just link you to the free download.

Tollund Men- "Door"
Tollund Men are the kind of group that don't really fit into just one category in my mind. For a project named after one of the most famous bog bodies, this EP is very appropriate. This is dark, fuzzy, distant post-punk or new wave inspired music at its finest. Each of the three tracks excites me from start to finish, leaving me eager to flip the record over and start again. This was purchased as a gift for my partner, but there's no doubt in my mind that we are both equally obsessed with this talented group. Definitely looking forward to more in the year to come.

Trust- "TRST"
In severe contrast with the last album mentioned, Trust appeared out of nowhere this year with a dense, full and slick album of stellar darkwave and electropop perfection. This is probably the most commercially viable album on any list I'll ever make, and I'm completely happy with that. Trust are one of those groups who are so brilliant that I don't mind sharing them with hordes of club kids and bubblegum pop fans. In fact, I hope these guys take over the world. The slightly spooky tones and warm synth flourishes that are scattered throughout this album would definitely be an improvement on most popular music these days. This one will be stuck in your head for weeks, and you won't mind a bit. 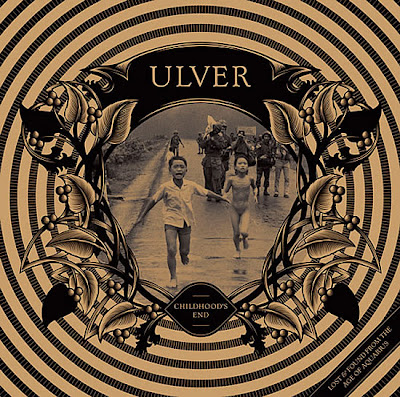 Ulver- "Childhood's End"
Yes, this is a cover album. Yes, I'm pretty sure that Ulver is my favorite band ever. Yes, I love them enough to be sure to call them out if this was a complete waste of time. This isn't a complete waste of time. Instead, this album serves as a stellar piece of psychedelic space pop and a shopping list for me to catch up on great music from the 60s and 70s that I hadn't yet heard. While this may not be the best representation for a brand new listener, this is absolutely worthwhile for anybody with an interest in psychedelic music of any nature, or anybody who has listened to and enjoyed any of Ulver's output from the past decade.
Posted by benhatesmusic at 6:45 PM