Split albums seem to be regaining popularity in the extreme underground lately. They provide a great opportunity to hear a new artist while also obtaining new tunes from an artist you already love. If you're adventurous like me, oftentimes a split album is an easy way to discover multiple new bands all at once. As with my last list of concerts, I feel there were many stellar split albums released this year that deserve a mention on this blog in one way or another, but I'm not really inclined to prioritize. I will also apologize for not providing full details on each split here, but each of these was worth mentioning in its own way and I think I can let the music speak for itself wherever possible. Also, yes I have twelve releases on this list rather than a rounded number. I could have listed an even greater amount, but I'm trying to show something resembling self-restraint here. 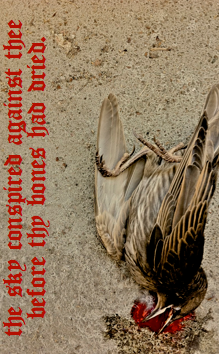 A Pregnant Light/SADOS- "The SkyConspired Against Thee Before Thy Bones Had Dried" (Colloquial Sound Recordings)
This split was the second release from the ferocious A Pregnant Light, and so far the only utterance from the jagged and intriguing black monument of SADOS. Each group provided one lengthy song for this split, and it's a monumental experience. The dichotomy between these two artists shows the perfect nature of a split release. 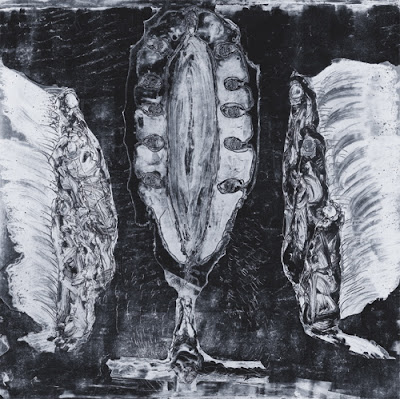 Adversarial/Antediluvian- "Initiated in Impiety as Mysteries" (Nuclear War Now! Productions)
If you've followed this blog for any amount of time, you know some of my favorite keywords are filthy, hideous, and fuzzy. This swampy death metal release lives in the middle of some unknown territory directly between all of those terms. It's ugly and wonderful in every way I'd want. Adversarial and Antediluvian each contribute three menacing tracks, so grab this split while it's still available. 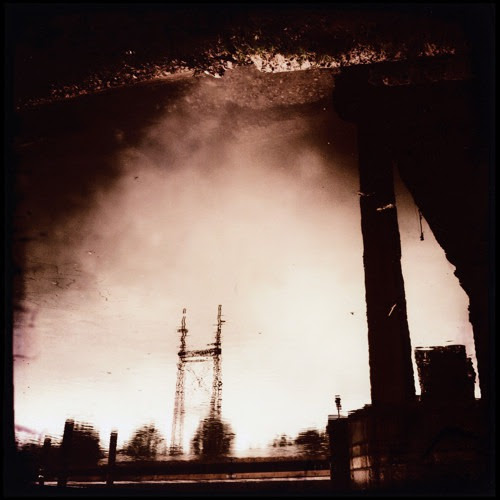 Batillus/Whitehorse (Vendetta)
As a fan of both extreme music and extreme beards, I've long held a soft spot in my heart for Australian death/doom maniacs Whitehorse. This split was my introduction to Batillus, and I'm quite grateful for it, as their contribution here is equally crushing and fantastic. My only regret is that they didn't accompany Whitehorse on their tour dates down here in Florida. Next time, Batillus, next time.

Cara Neir/Ramlord (Broken Limbs Recording)
This split caught me slightly off guard, I'll admit. I grabbed it on a whim, having heard just a bit of Cara Neir's music before, but I was quite pleased. In fact, I wrote a review of this album a few months ago that will do it better justice than this abridged snippet could. Check it out. 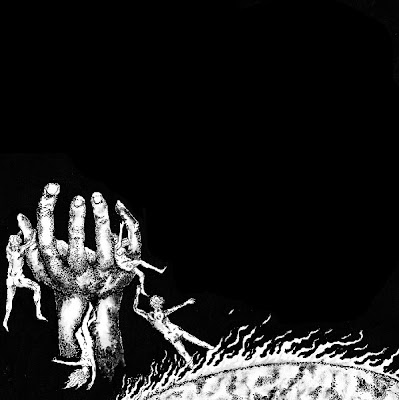 Barghest/False (Gilead Media)
This monster of an album would be a likely contender for album of the year if I were making such a list, split or not. To put it simply, Barghest's violent and scathing assault is the perfect complement to False's ethereal yet driving black metal. There isn't a bad moment on this album, and I'm always eager to flip it back over and play the other side when it's finished. If you don't already own this in some format, get on it. 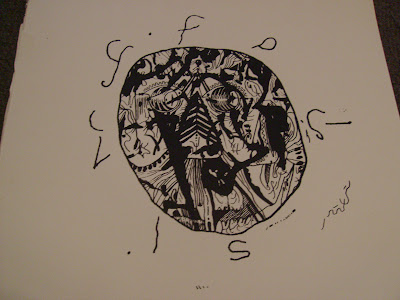 Fossils/Winters in Osaka- "Celestial Hieroglyphs" (Cardinal Records)
This fantastic noise collage came into my periphery somewhat by accident. In a series of clicking "related videos" on youtube, I came across the sampler for this split and was sold. It's beautiful and scratchy. It's definitely on the safer end of the noise spectrum for those not yet comfortable with the harsh noise wall business. There's a good bit of sonic experimentation and trickery occurring here, which is perfect for me.

Grave Upheaval/Manticore (Nuclear War Now! Productions)
Another split from Nuclear War Now! that embodies my love of ugly, murky metal. Grave Upheaval are a mysterious group with members of the legendary Portal. The music is exactly what you'd expect for anything associated with Portal, but on the more primitive side of things. Less technicality, more horror. Manticore play more of a blackened death assault, with vocals that verge on the decipherable and a slightly less dense sound, but make up for it with unrivaled aggression. 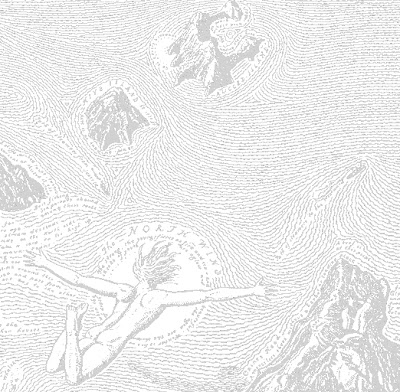 Hell/Thou- "Resurrection Bay" (Pesanta Urfolk/Gilead Media)
Neither of these bands should be too foreign to most folks who are keeping an eye on the metal underground as a whole. Hell provides an ominous descent into despair and misery with their unique brand of churning sludge. Thou follow up with a ritualistic and jagged dirge of their own. The whole affair is tortured and violent, as you'd expect from either group. It's a stellar introduction to either of these bands for those not yet initiated. 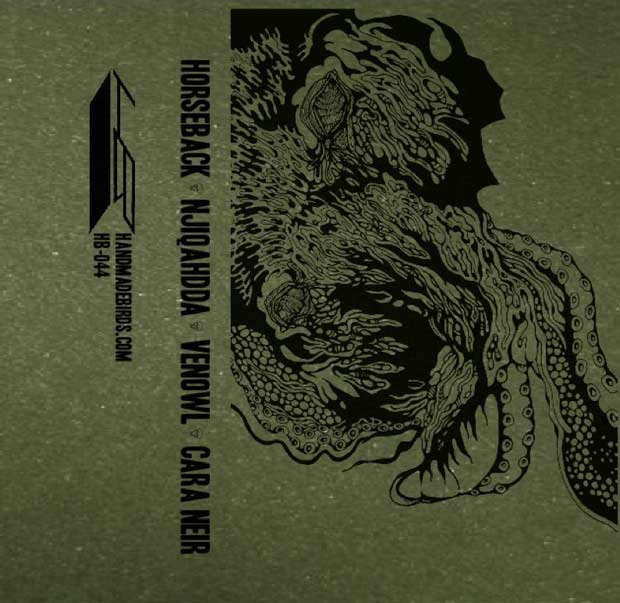 Horseback/Njiqahdda/Venowl/Cara Neir (Handmade Birds)
This massive split is another album that just blew me away this year. I've subjected other folks to it on the road, I've forced my friends to sit and listen to it in my room, and I've written a review of it that says everything I could say here and more. Give it a read. 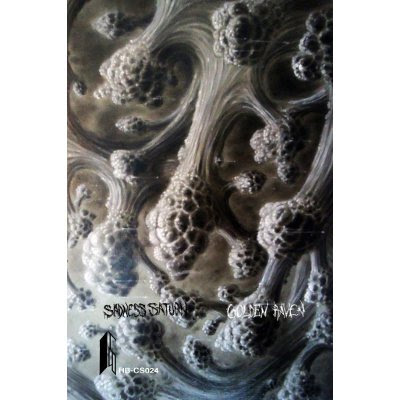 Sadness Saturn/Golden Raven (Handmade Birds)
This fantastic cassette holds the distinction of being the very first album I reviewed here on Black Metal and Brews. It's still an exciting and challenging listen for me, and it's interesting to read back my old review and see how differently I was writing just a few months ago. It's only fitting that this winds up on my list for the year's end. 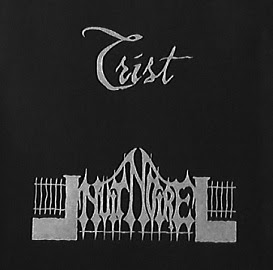 Trist/Nuit Noire (Fallen Empire)
This 7" was one of those albums that took me by surprise. I'd heard the name of each group countless times but never really bothered to listen. As you can tell by the review I wrote last month, I regret not having heard these groups earlier. 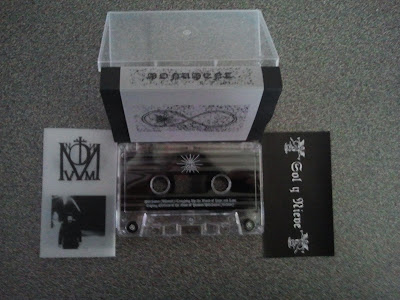 Yellow Eyes/Monument (Sol Y Nieve)
As with a handful of these wonderful albums, this one already received high praise on my blog a couple months back. This also received high praise for its packaging from my friend Jon, who runs The Inarguable. The tape is as beautiful as the packaging it's been given.
Posted by benhatesmusic at 9:56 AM