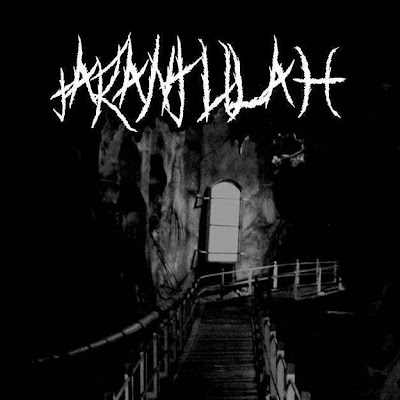 Today's submission is a slab of hideous and bizarre death-influenced black metal from Malaysia. Tarantulah sent me an email with the demo explaining that it was raw, but even the word raw doesn't do this justice. It doesn't sound unfinished or amateur, it's just that raw doesn't quite sum it up. This is raw, but focused. Tarantulah sound as though they've appeared from another dimension to bludgeon the skulls of the weak. There's something so unconventional here, even for extreme music, that I can't quite put my finger on it.

The clarity of the samples leading into each track tell me that the fuzz here is intentional, and the dense production certainly works well with some of the groovier tracks. I think my favorite thing about this demo is the vocals. For the majority of this demo, they sound more like otherworldly chants than actual human shrieks or yells. While I wouldn't exactly liken this to Inquisition, they share a similar bond of unearthly vocals that defy conventional description. While I would like to see a slightly cleaner mix on this release, I'm still quite intrigued by the dense filth that Tarantulah have created here and I'd love to hear more from them in the future to see where they take this compelling sound on their next releases.

Tarantulah has given me permission to share this demo with the internet, so here's the first official BMAB created free download. Get it while it's hot.
Posted by Black Metal and Brews at 8:25 AM