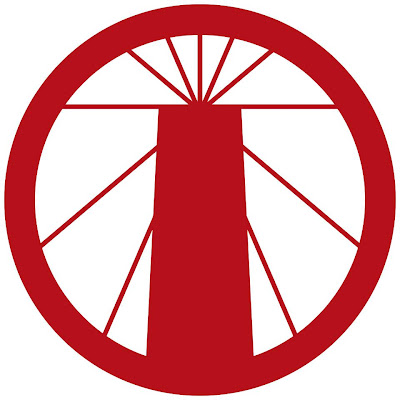 Well folks, it should come as no surprise that with a massive batch of new releases from Gilead Media making their way to light, it's time for me to review them and share them with you. Aside from being one of the few labels I regularly feature with bands who are "well known," they're also one of the most consistently daring labels I've encountered, taking chances on unconventional artists only to watch them excel time after time. With this in mind, it's little surprise that these new releases are both daring and enriching for me as a listener. 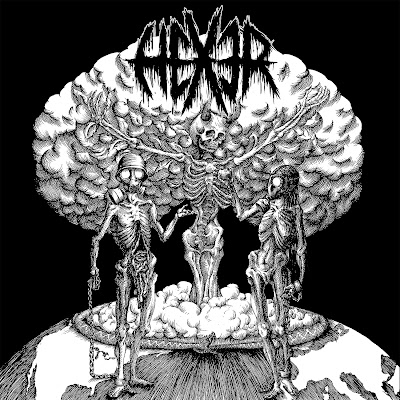 For the sake of organization, I'll share them in order of catalog number. Relic 46 is Hexer's debut LP, and while this is a fresh face to me, I instantly see why this band belongs alongside such heavyweights as Thou, False, and Ash Borer. While the band's logo and album cover initially had me guessing this might be a thrash release, I'm delighted that things instantly open up with some of the most fuzz-drenched, riffy black metal (albeit with some thrash influence thrown in for good measure) I've heard in a while. While I love an intricate journey, sometimes a headbanging good time is all that's needed, and Hexer delivers in full force. That's not to say that this is a simplistic mosh-fest though, as the pace and structure changes on a dime, with the band hurtling ahead at full-speed into new territory at every chance. Even when the band slows things down to a marching pace, I can practically envision buildings crumbling and explosions surrounding the band as they methodically churn out their apocalyptic black madness. While many bands these days seem intent on hiding behind distortion and density of sound, Hexer has adopted the aesthetic subtly, using it as a jagged accent to their music instead of a mask to compensate for lack of musicianship like so many other groups have been known to do. If you're into facemelting grimness, this one will be up for sale soon enough, so keep an eye on Gilead's webstore. 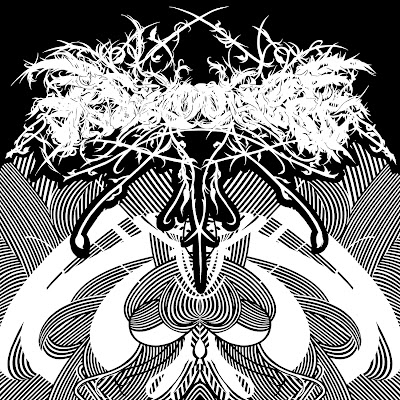 Next up is Relic 50, the second release from Colin Marston's project Indricothere, which is appropriately titled "II." In all honesty, I have not enjoyed everything Marston related, so with slight anxiety but as much of an open mind as I can have, I approached this album. From the opening drum assault, I was surprised. While the music is as technically sound as one would expect from a member of projects like Krallice, Behold...The Arctopus, and Gorguts, this is more listenable than I had anticipated. Alternating between valiant, aggressive, and majestic, Indricothere practically pummels the beauty out of potentially hideous structures with it's machine-gun drumming and relentless guitars chiseling away at the listener. Once the assault has created enough open space, the guitars are free to explore the space, taking the listener on a journey that seems to weave in and out of some unknown dimension. Indeed, on songs like "VII" or the drifting ambiance of "XI," I find myself actually feeling relaxed amid the sheer expansive nature of sound. It's hard to explain, but for some reason this release is so fast, so chaotic, that the only response it leaves me with is to simply relax and let it take me along whatever route it sees fit. If you're looking for some solid instrumental wizardry and have an interdimensional journey in mind, you should preorder a copy of "II" and get ready to travel into the deepest recesses of your own brain. 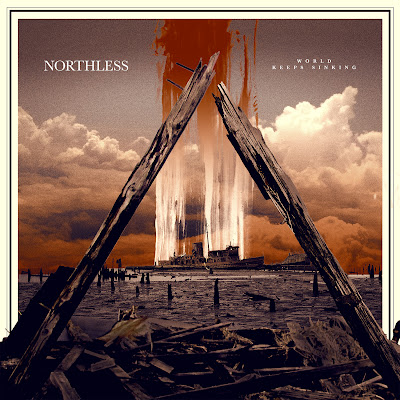 While the order of these items was dictated by catalog number, it's only fitting that this post closes out with the "biggest" feeling release of the three, the new album from Northless, "World Keeps Sinking," which is a split release between Gilead Media and Halo of Flies. While I tend not to like hardcore and sludge hybrids, I can tell that Northless are on top of their game for the genre. Riffs swell up in an absolutely crushing fashion, which I love, but at times the song structures are a bit uninteresting to me. That's not to say that this is in any way a dull or "bad" release, but sometimes things feel a bit cleaner than my tastes generally lean. I'm also a bit less than sold on the vocalist's style, but again, I realize this is a matter of taste rather than quality. Where this album does excel is in its instrumental passages and its capacity to shape the songs in unpredictable directions at times. I'm always into a good surprise, and this album does deliver enough of those to keep me interested. Fans of slightly more chaotic hardcore or more polished sludge releases will definitely gravitate towards this, and this album is a clear indicator as to Northless' current popularity. Perhaps with a few more listens, even this curmudgeon will be won over.

The new LPs from Indricothere and Northless are available at a discounted price when purchased together, and Hexer's LP will be available for purchase when Gilead has copies on hand. Pairing these new releases with some excellent new distro updates (including Blut Aus Nord LPs that I'm swooning over) means we're all about to be a few dollars lighter in the pocket. Get these soon, as I anticipate each of them will be successful enough to sell out rather quickly.
Posted by Black Metal and Brews at 9:55 AM