Today we're going to delve into some albums that embody the coldness, anxiety, and horror that I love so much. If you're looking for some music to really saturate your environment with darkness, this post is for you. 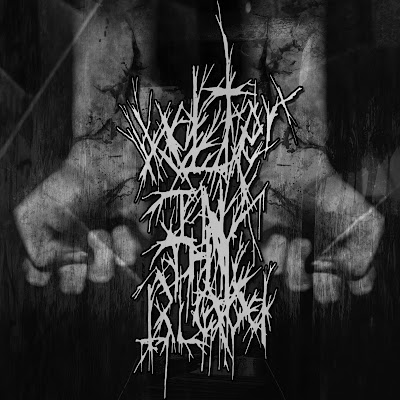 Welter In Thy Blood- "Todestrieb" digipack CD (Dusktone)
Welter In Thy Blood's newest offering, "Todestrieb" approaches slowly, like the onset of old age and the weakness that accompanies it.  A low frequency static rumbles across the desolation of an empty wasteland as the band readies itself to deliver an ominous offering of slow and bleak industrialized doom. In many ways, the miserable territory covered here reminds me of the slower moments of Blut Aus Nord's "Work Which Transforms God," with layers of guitar collapsing in on themselves in a way that is just melodic enough to retain the attention of even skeptical listeners. Vocals howl in and around the song like icy winds, but seldom come to the forefront, which further darkens the atmosphere. While I've grown a bit skeptical of bands with nearly indecipherable logos, I'm really glad I gave this one a listen, as it's been something of an obsession for me for the past couple weeks.  The label's based out of Italy, but it's worth the cost of shipping. Grab a copy here. Waves Crashing Piano Chords & Tanner Garza- "de Sade" CS (Forever Escaping Boredom)
This collaborative effort from two very different noise-based artists creates a chilling environment in which gently humming tape loops set an ethereal yet eerie backdrop for high-pitched feedback and chaos. For the uninitiated, Garza (also a member of the legendary Black Leather Jesus) is the loop mastermind, while WCPC brings the feedback-heavy assault. When vocals appear, they seem to mock and challenge the listener, before becoming part of the manipulated sounds that torment the mind of the listener. This is neither as soothing as Garza's solo material nor is it as abrasive as WCPC's typical chaos, making it a great release for folks who are familiar with either artist or for people simply looking for a good sampler of two of the more prolific noise artists around right now. Get this limited tape from Forever Escaping Boredom by ordering through the bandcamp link above. 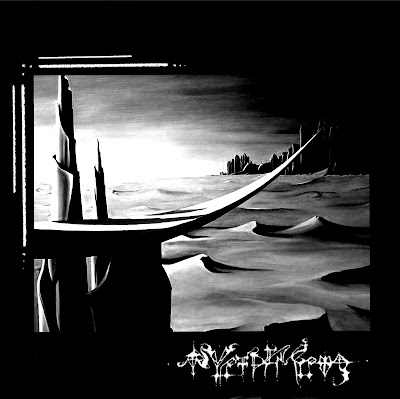 A Void in Coma- "A Primal Obsession with the Cosmos" (Self-Released)
A Void in Coma are a new group to me, having never crossed my periphery until the band themselves contacted me. I'm glad they did. Their hypnotic, droning approach to ambient black metal works nicely. While they cite influences in the shoegaze genre, there's little to no presence of the highly overdone "blackgaze" sound. Instead, the music is meditative, clear, and can easily be listened to without digging through tremolo-picked guitar, although there is a heavy haze that adds to the mood. Vocals are delivered as chants, harsher traditional black metal vocals, and even occasional depraved howls, which presents a very enjoyable balance. While this album is not currently available for purchase in any physical formats, the band has plans to repress this demo and it is presently available as a download by clicking the link to the album itself.
Posted by Black Metal and Brews at 11:49 AM