Followers of my site know that I've been documenting Acephale Winter Productions since its birth. I'm happy to see they're becoming more productive in both scope of bands as well as frequency of releases. Since they've had an active summer, I feel it's time for us to examine a few of their current releases for the benefit of all my readers. 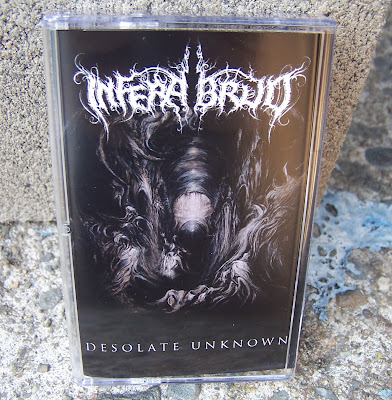 Infera Bruo- "Desolate Unknown"
Starting off the batch of newer releases is the new tape from Infera Bruo, a group whose members have all put serious time in with other bands such as Trap Them, Bothildir, Pillory, and Cul de Sac. Knowing the diverse backgrounds of the members, it's no surprise that "Desolate Unknown" both adheres to and reaches beyond the standards of black metal, all while delivering an enjoyable package. The assault begins immediately, and the band rarely lets things slow down unless it's to lead the listener into a false sense of security. The instruments work equally well when they're smothering the listener or when they're creating just enough negative space to generate tension. The vocals, too, are just as suitable when they're rasping and howling as they are when they're delivering slightly cleaner passages. It's refreshing to hear clean vocals delivered in the middle of the madness, as many bands seem to only feel comfortable singing with clarity when the music mellows out. Additionally, breaking up the lengthy songs on this album are a couple of segue tracks that are just unsettling enough to make me crave the security of black metal song structures.  My personal favorite track is "Oblivion," which gallops in with relatively familiar feeling black metal aesthetic, but is so masterfully executed that the many twists and turns feel just like revisiting a favorite roller coaster--full of chaos but it still leaves me feeling safe and pleased with the overall outcome. From start to finish, the way these guys manipulate the boundaries of genre, time, and tradition is impressive and the songs are memorable to boot. Snag this tape while you can, it's likely to be one of the year's biggest sleeper albums. 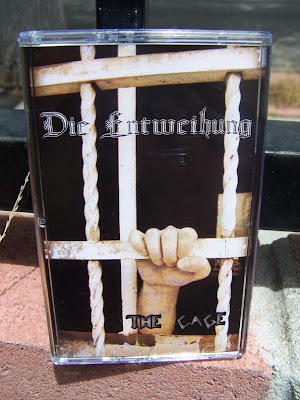 Die Entweihung- "The Cage"
Die Entweihung is the solo project of an Israeli musician who proves that even regions not known for having a particularly prominent metal community can generate talented artists. This album is apparently his sixth(!) and it certainly sounds like the work of a determined and ambitious musician. The production is slightly more cleaned up than Infera Bruo's, yet the music still hits pretty heavily. Synths are dominant sources of melody on this album, and while some of the synth voices become a bit cheesy, they work nicely to accent the guitar melodies without overpowering them. While the first track might make the album seem a bit more like a traditional heavy metal album with little black metal elements, the rest of the album delivers a bludgeoning yet melodic approach to black metal that resembles little else I've heard before. Tracks like "Where's That Life?" showcase Die Entweihung's style quite nicely, with solid riffs and some excellent changes of pace thrown in. The only real critique I'd like to raise is that I can see the vocals being an issue for some listeners. I can't tell if they're manipulated or just heavily layered, but they initially threw me off track. Still, the songwriting is strong enough to carry this release onward, with lengthy tracks really allowing the space to show off without it feeling bloated or self-indulgent. Closing the album is a bonus cover of Summoning's "Lugburz," which is enjoyable, although I'll admit to only being mildly familiar with Summoning's material. Snag this if you're into epic songwriting and tunes that feel like journeys. 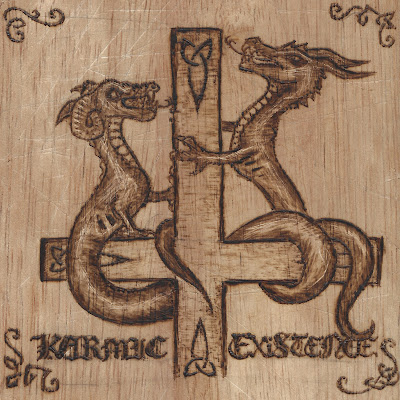 Synsophony- "Karmic Existence"
Following the two cassette releases is Acephale Winter's second digital release, Synsophony's twenty-three minute offering of blackened drone. While this might normally imply single-note dirges with maximum haze, this is a relatively bare release. The album's beginning sounds like the low breathing of a terrifying, massive beast in slumber. Subtle notes pulse and echo in an empty room with little light. A few minutes in, the beeping of some machine makes its way in, possibly an EEG or other medical device. The ominous pulses do not disappear, instead the sounds converge and overlap until they flow together in unison. It's rare that listening to music actually makes me anxious, but as the album reaches the six-minute mark, that's exactly what I feel. Anxiety gives way to horror as the beep becomes static and the low rumble becomes an oppressive bellowing drone and Synsophony takes the listener into the depths of madness. Reality collapses in on itself, like an overwhelming experience with psychedelics or the actual end of the universe, leaving a sparse drone after a minute or two of pure fear. The humming evil in the distance lingers, observing the listener as they wait for the next assault. In case it isn't obvious, this album is so visual in nature that it's just begging for a physical release. I've got a decent sound system here at home through which I've enjoyed this album, but I can just imagine how intense it would be to have this beauty on vinyl with full art, notes, and so on. Albums this desolate rarely make their way into my periphery until they're long out of print, so I'm going to urge you all to download this with a small donation so that this might one day become a physical release.
Posted by Black Metal and Brews at 10:40 AM