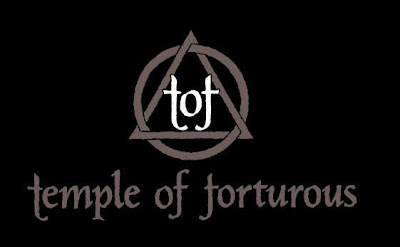 Temple of Torturous has graced Black Metal & Brews once this year already with a couple of the most pleasantly surprising releases I'd received, so when I heard there would be more, I knew I had to check these out. Once again, these groups are almost entirely new to me (although I'd heard the name Fyrnask thrown around a bit) so it's been enjoyable coming into this review with virgin ears, so to speak. Let's not waste any time here, as these albums are already up for pre-order. Time to read the reviews and decide if these are for you. 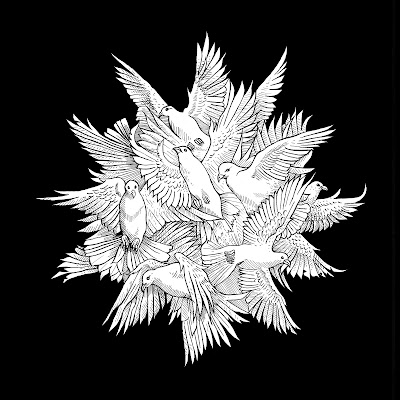 From the beginning of Fyrnask's newest offering, "Eldir Nott," there is an uncanny sense of coldness. Not necessarily in the grim, pure icy evil black metal sense. Instead, I feel the beauty and slight darkness of seeing my breath at night and watching snow slowly take over my surroundings. The production on this album gives the right amount of clarity to Fyrnask's elegantly layered atmospheric black metal while still allowing it to retain its edges. Nothing is cleaned up into oblivion, instead it's nicely presented so that I can hear what I'm trying to hear. As the intro fades into the first "proper" song, "Vigil," the coldness becomes something of a heavy blanket. Still, this music doesn't feel evil so much as it feels passionate, perhaps even deeply spiritual or personal to the artist. The songs flow as almost a seamless piece rather than as a collection of independent songs, allowing for me to fully immerse myself in the dark and fantastic landscape created by Fyrnask's music. It's sometimes suffocating, sometimes tranquil, but it's constantly captivating. If you've ever wanted to go into a snow-covered forest at night and meditate upon your darkest personal demons until the sunrise comes to thaw you from the chilling intensity of your own uneasiness, this might make the perfect soundtrack. This brilliant album is already one of my top releases of the year, and it's unlikely that something will come along to challenge it. Snag this on 2xLP (black or splatter) or CD formats while they last. 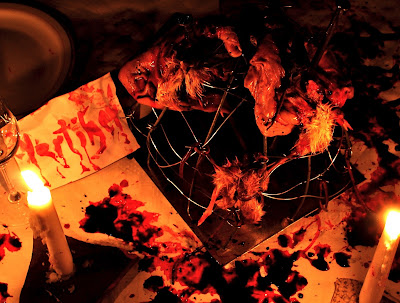 Removing oneself from the meditative personal journey of Fyrnask is quite easy when Vom Fetisch Der Unbeirrtheit's jagged and cerebral electronic-heavy black metal assault on "Vertilger" starts with things cranked to eleven. For an album obsessed with the concept of decomposition, it's appropriate that things feel like a series of synapses misfiring. I'm not musically inclined enough to comment on time signature, but VFdU clearly enjoys toying with stop-start dynamics and sporadic drumming that will keep even the most math-oriented listeners on their toes. The vocals are often throaty and painful on this album, and the music is maddening in a way that even makes me feel uncomfortable at times. Conventions such as genre and form are thrown aside to create something truly depraved and unsettling, perhaps this would be a dance party for the sickest of souls, but I find it hard to do much more than simply keep up with the music. I often indicate that an album is challenging, but this album will challenge even those in search of difficult music, which to me is a good thing, but I can easily see this being intimidating to folks who like their metal to be predictable or familiar. Frequently I find songs disintegrating into electronic mush with little regard for length or anything else that most artists use to create boundaries. The album's centerpiece is even a sparse and glitchy industrial piece that feels like it could be at home equally well on a power electronics album as in the midst of this black madness. Normally a release with such little restraint would feel like a forced experiment in excess, but it seems that VFdU is constantly in control of this psychotic acid trip of an album, and the brief moments of overwhelming sound are so well integrated that I can and do find it to be worth visiting. Even if you're not that brave with your musical choices, this is a great example of how to properly generate chaos in your music without allowing your songs to become bloated and masturbatory. Grab this CD (with or without a patch) and lose yourself for a while. Sometimes losing your mind is the sanest thing you can do.

Posted by Black Metal and Brews at 2:48 PM