Some of my more regular readers (or perhaps just my noise enthusiasts out there) will remember the surprisingly positive words I wrote about Male Activity's first three releases earlier this year. As the year's progressed, I feel it's about time to check in with the label and showcase some of their current output. Some of these albums are from familiar faces, and others are newcomers who are ready to challenge the ears of the masses. Enough with my rambling, let's get to the music. 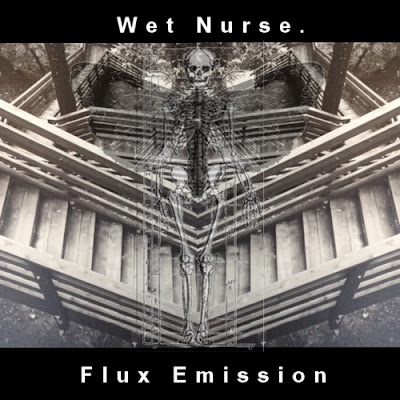 Starting off this batch of newer releases is MA:005, "Flux Emission," the first CDr release from label mainstay wet nurse. Somewhat of a departure from the brand of noise crafted on prior releases, there seem to be guitars (or a synthesized version of them) in this release and the songs here follow somewhat structured patterns. Influences from post-punk and harsher forms of noise creep in and out without wholly altering the sound so much as they leave their small mark. This does not, however, deter from the intensity of the atmosphere here nor does it remove this from the overall genre of death industrial. Instead, this album switches between melancholy industrial dirges and static landscapes of pure loneliness and frustration. As this album is a reflection on anxiety as well as the human condition, I find it appropriate that in many ways this feels like the release with the most clarity and human input in wet nurse's catalog to date. This one's limited to thirty copies, so hop on it quickly. It's already halfway sold out. 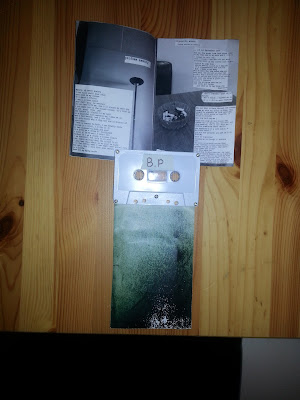 MA:006 sees B.P.'s debut as a solo entity, "Maybe there's a tranquil eden behind the murk." Fans of the label might notice that B.P. is the mastermind behind Gashkadin and is also involved in the ethereal gloom of Bedroom Suite. In a way that hybridizes his two other approaches to sound, this release creaks in with low frequencies that ooze depression, and it takes hold with a sadness that exists outside of verbal understanding. Faded photographs of unloved household objects fill the booklet that accompanies this album, paired with lyrics to songs with titles like "chest sores," "dirty mattress," and "flesh chamber." To call this album a downer would be an understatement, but to simply view this as gloomy rumbling noise would be unfair. The static around the edges sometimes creeps in to turn sadness to terror, as carefully led onward by this masterful noise artist. As I listen, I feel a great loneliness, but it's enjoyable to the same effect as a truly frightening horror film; it's a masochistic joy. This tape is limited to a generous fifty copies, but that doesn't mean it's going to stick around forever. Grab this while you can. 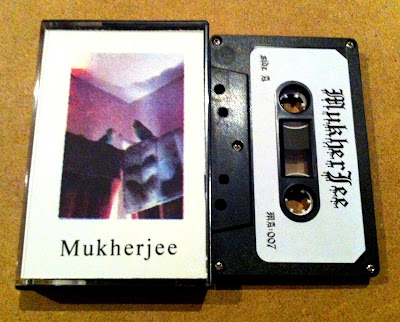 MA:007 is the self-titled debut of doomy noisemakers Mukherjee. While the name's more than a mouthful, the music is some of the most ominous stuff I've heard in a while. Rather than crafting swirling static or electronic noise, this is thunderous droning of the earth's shifting as viewed through timelapse photography. While some electronic loops seem to be make their way into the fold at times, much of these sounds feel like they were created live in some sort of filthy basement. Harsh noise obsessives need not worry though, as the final track creates enough distorted sound manipulation horror to satisfy even fans of the most depraved sounds. I'd be lying if I said I'm not confused by some of this, but it's an intriguing sort of confusion akin to morbid curiosity, not the sort of confusion that makes me want to put it away. Forty copies of this cassette are available but I expect it to sell relatively quickly once people catch wind of this group.

So, loyal readers, you know what to do. Grab a few tapes from this label, help 'em continue doing what they're clearly so good at doing. MA:008 is already out as well, but I have yet to listen. It's a Wet Nurse cassette limited to 20 copies for a mere $2.50, so jump on that one if you're already paying a visit
Posted by Black Metal and Brews at 6:08 PM