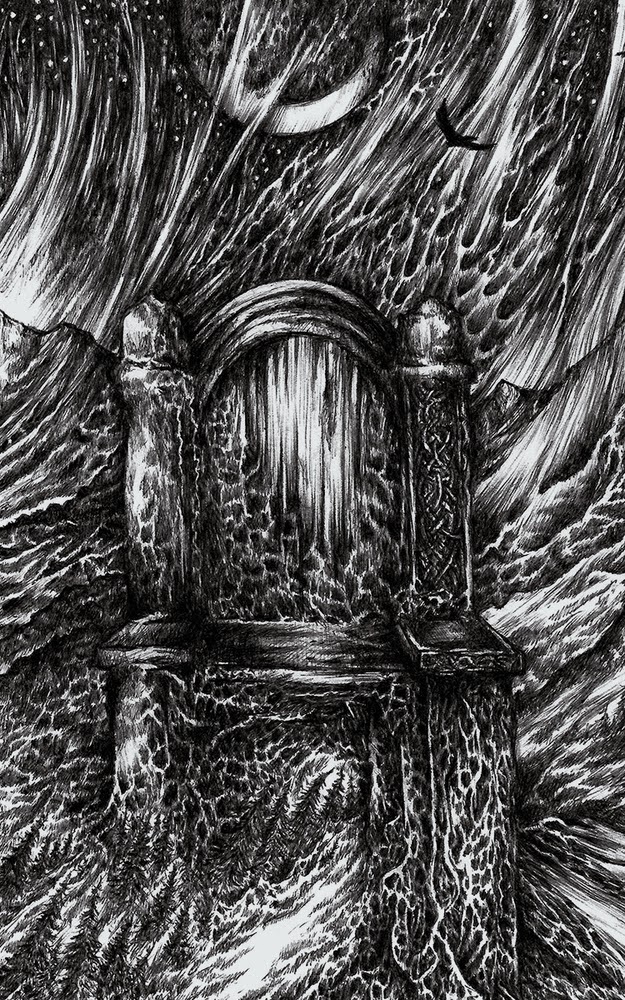 Today is the third and final day of my weekend with the newest batch of Psychic Violence tapes. which means we're visiting the magnificent release, Thrones by Aurvandil. While the band does have a noteworthy back catalog, this is my introduction to this group. French acts seem to consistently produce some of the best black metal around, and Aurvandil is a strong contribution to this status. Without wasting further time, let's begin.


Side I is labeled Iron, with two tracks of majestic black metal brilliance that bring to mind a medieval battlefield after the fight has ended: empty, covered in snow, and littered with lifeless bodies. While not quite falling into the folk metal category, the album opens with a splendid semi-acoustic passage that brings to mind Ulver's legendary Kveldsjanger, with subtle choral vocals and just enough shimmering resonance on the guitars to create a proper atmosphere. When the galloping drums and full instrumentation break in, I feel like I've fallen through into another world conjured by the music. While winter is the general climate this album seems to conjure, the motion through snow-covered landscapes is constant, with valleys, forests, and even desolate cities passing by as one listens. The constant movement and the subtle variations created by harmonizing leads that are all but buried in the background keep this fresh despite the repetitive and consistent nature of this kind of music. 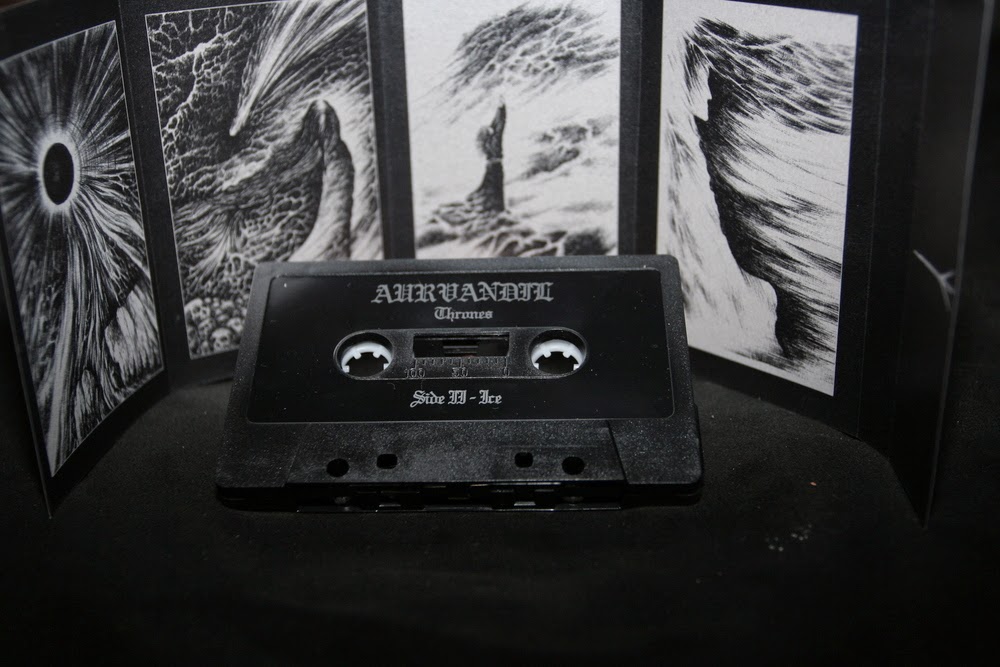 Side II is labeled Ice, and while the music here is clearly cut from the same mold as the first side, there is a slightly colder, less violent feeling to the music here. Perhaps it's because of the artist's lead, but it works either way. While not exactly calming, this side feels more victorious and slightly less mournful in a way without losing the overall darkness in mood. When things slow down during a few choice segments in the track, it shows the peak of Aurvandil's genius. I'm always into albums that play with mood and atmosphere, and this is full of it, so it's easy to see why this was one of my favorites of 2013.

Grab a copy while they're still in stock. I can't imagine it'll last long. If you've missed it by this point, Eisenwald will be releasing this on vinyl soon, so keep an eye out.
Posted by Black Metal and Brews at 3:46 PM