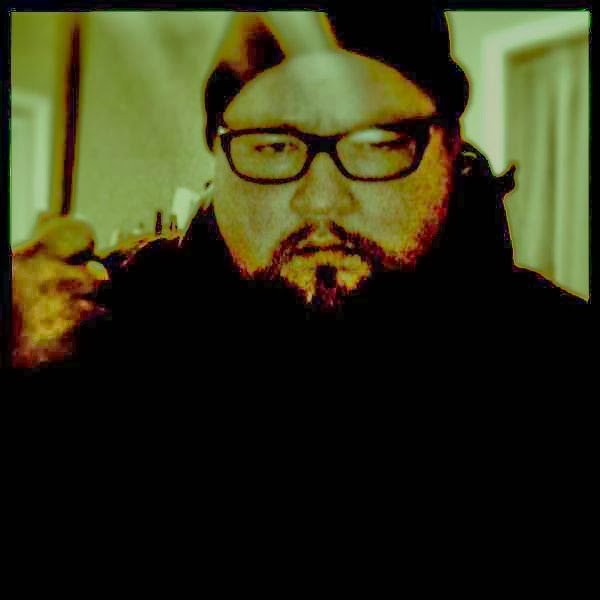 I recently received a submission from my pal Ben Djarum. As a craft beer rep and metal musician, it only seems appropriate to include his thoughts. He's a self-described Lovecraftian scholar and craft beer prophet, and his project Voidcrawler released one of the more exciting demos that I had the luck of reviewing last year. If that's not enough, he's got a blog of his own in which he details RPG campaigns and extreme music culture, often fusing the two in exciting ways. With his unique set of interests and tastes, it's an honor to feature a list of his top albums of 2013 here on Black Metal & Brews. As each of his lists were "in no particular order," I've decided to alphabetize them for convenience.

And now, those worthy enough to receive serious descriptions: 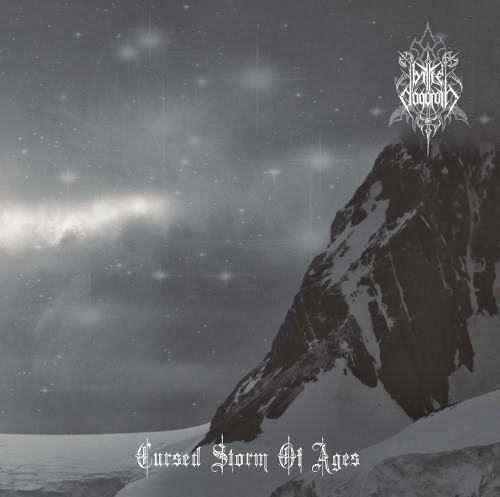 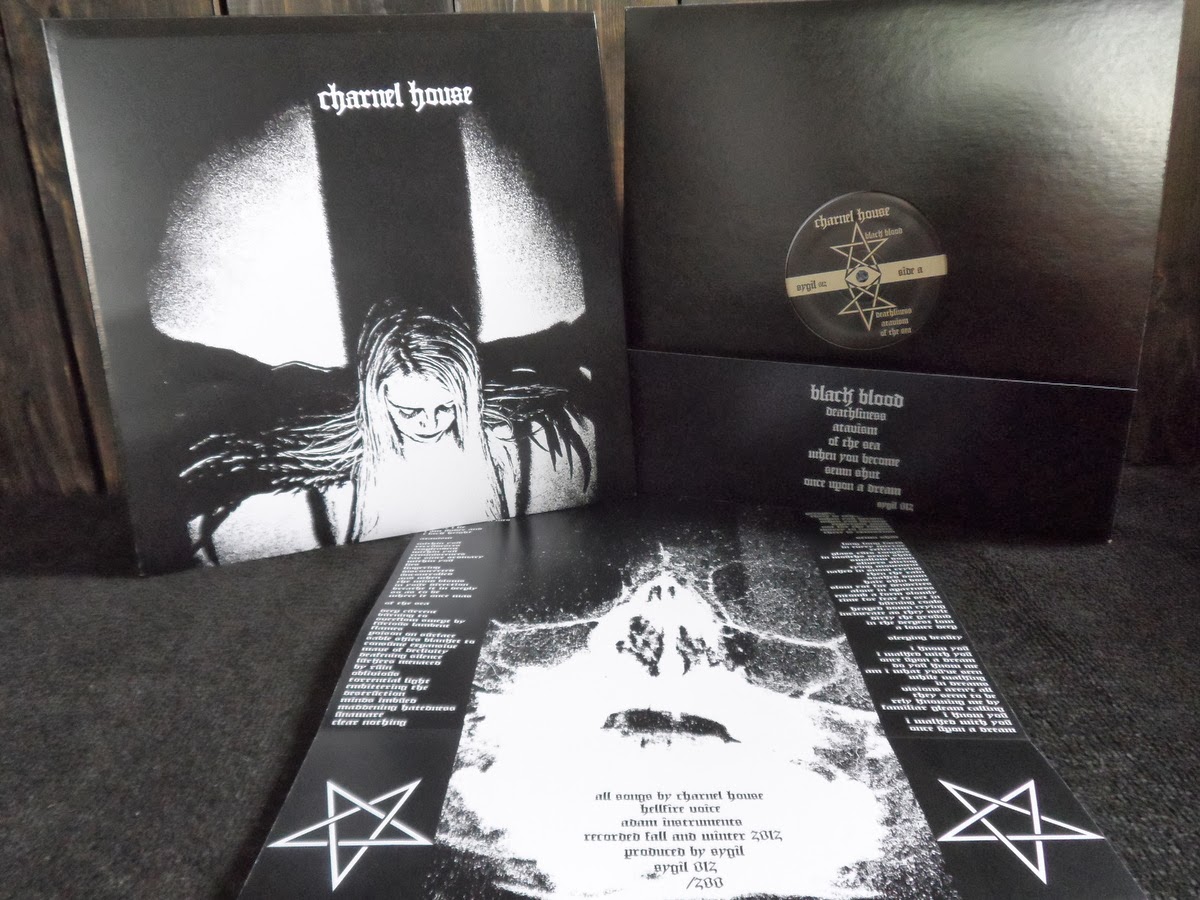 Charnel House- "Black Blood"
I was shocked to learn that Charnel House is a duo hailing from Indiana. It sounds like a strange cult of nomadic doom gypsies gathering for a mid-summer funeral. Otherworldly female vocals rise like ghostly flames. The drummer pounds away like a necromantic shaman. Strange drones, whirring sounds and sparkling chimes spiral around the core assault. Were I a wealthy man, I would have bought every friend and family member a copy of this album. 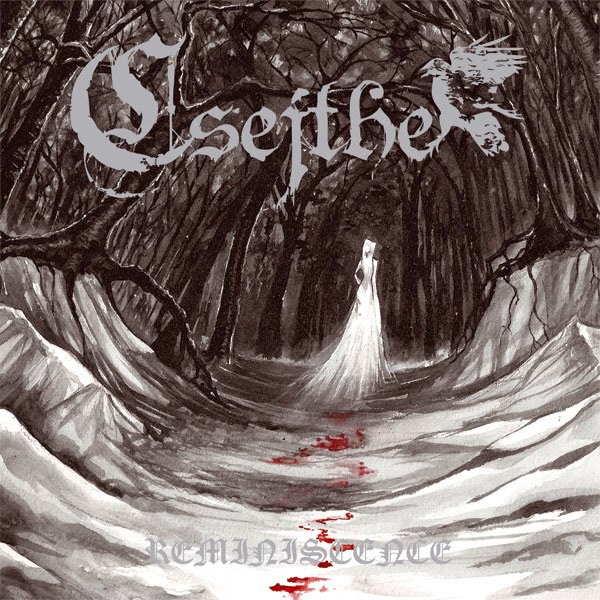 Csejthe- "Reminiscence"
A powerful work of affecting ambiance and dark romanticism. It's difficult to create a work that is so profoundly emotive without it digressing into gothic cheese, but this Quebecois horde does it brilliantly through measured deliberation (there are a lot of slow, brooding passages that bring to mind falling snow), competent musicianship and deft musical storytelling. 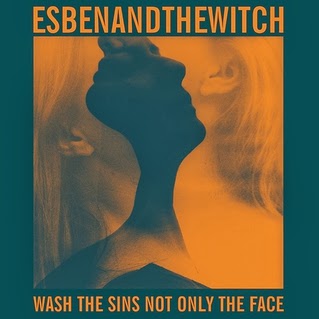 Esben & the Witch- "Wash the Sins Not Only the Face"
Shimmery guitars, driving bass, tribal drums. It's as though the early 4AD roster were caught in a horrible rainstorm, with only a sinister gothic mansion to take refuge in. Call it silly names like "goth pop" or "post-goth" but I call it beautiful and inspired. 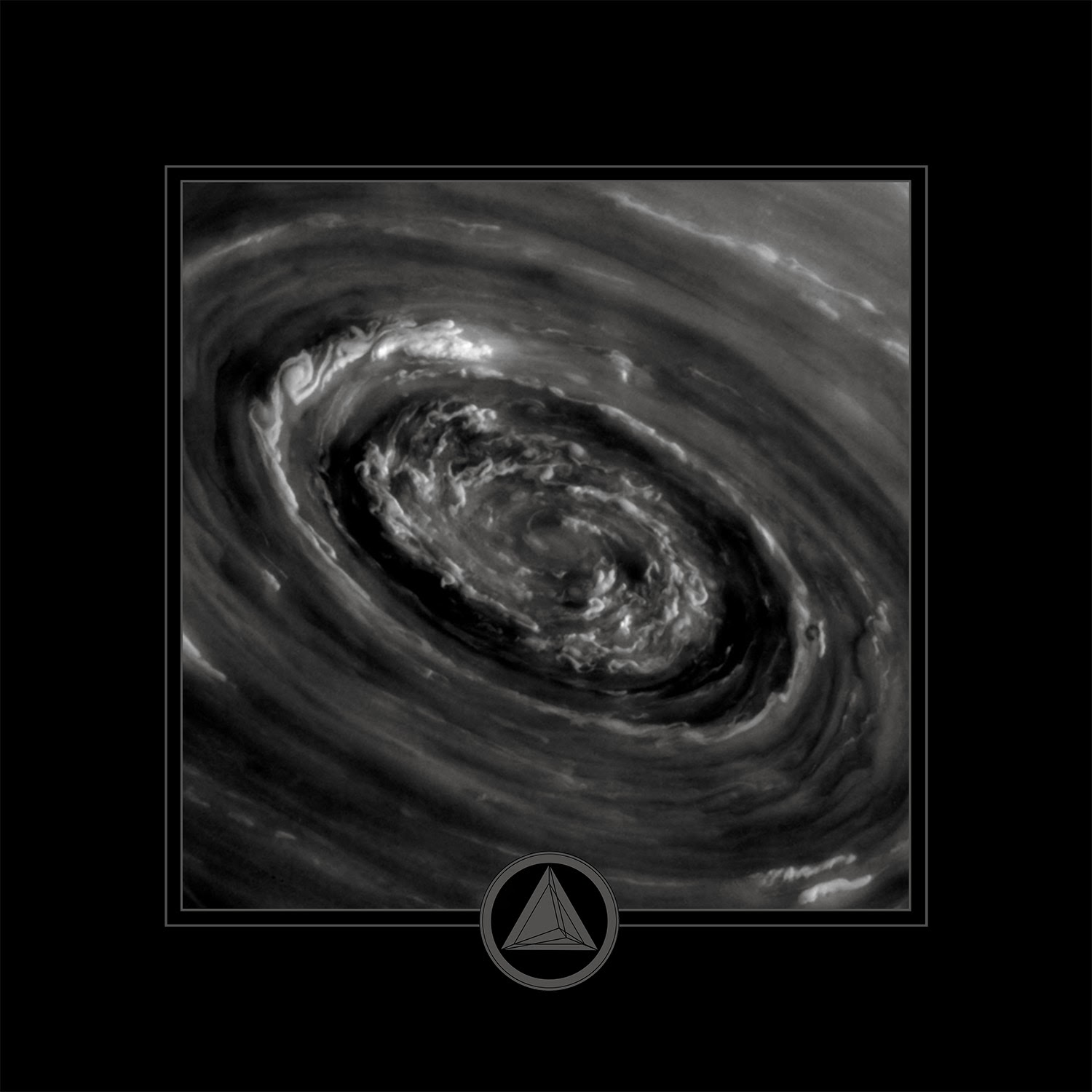 Fell Voices- "Regnum Saturni"
Opening with the drone of a harmonium, we transcend the old growth forest and are held aloft in the frozen void above the chaos of distant Saturn. The gauzy veil of buzzing guitars with myriad oppressive melodies within paired with the incessant drums inspires some serious cosmic trancework. Too bad the gray banality of the outside world still exists when it's all over. 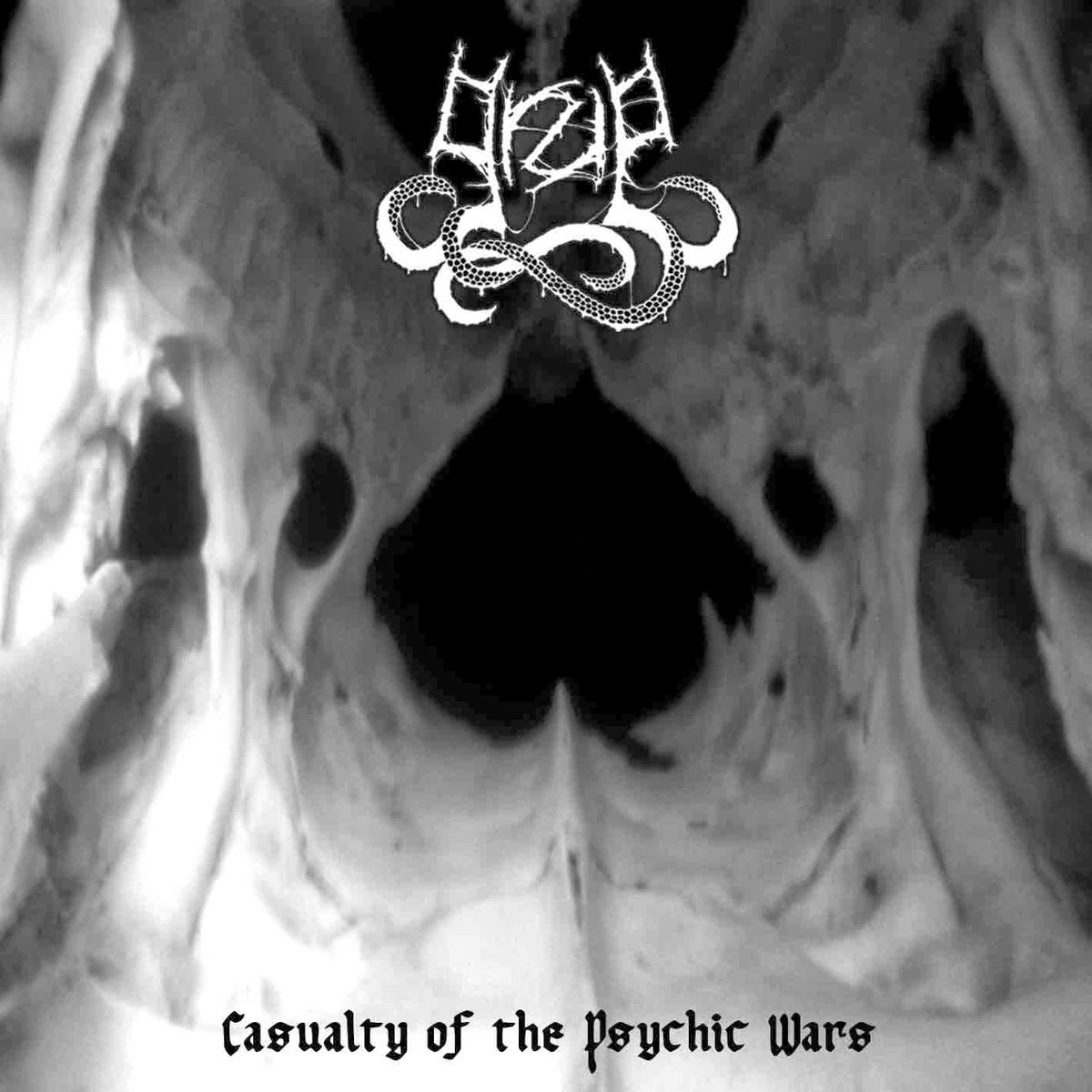 Grue- "Casualty of the Psychic Wars"
An amazing mix of yearning vocals and melodies, blast beats, crusty riffs, trippy keyboards and wild aggression.There's also an emotive hardcore urgency to some of this which gives it another layer of might altogether. I guess that's their Boston hometown influence creeping in. 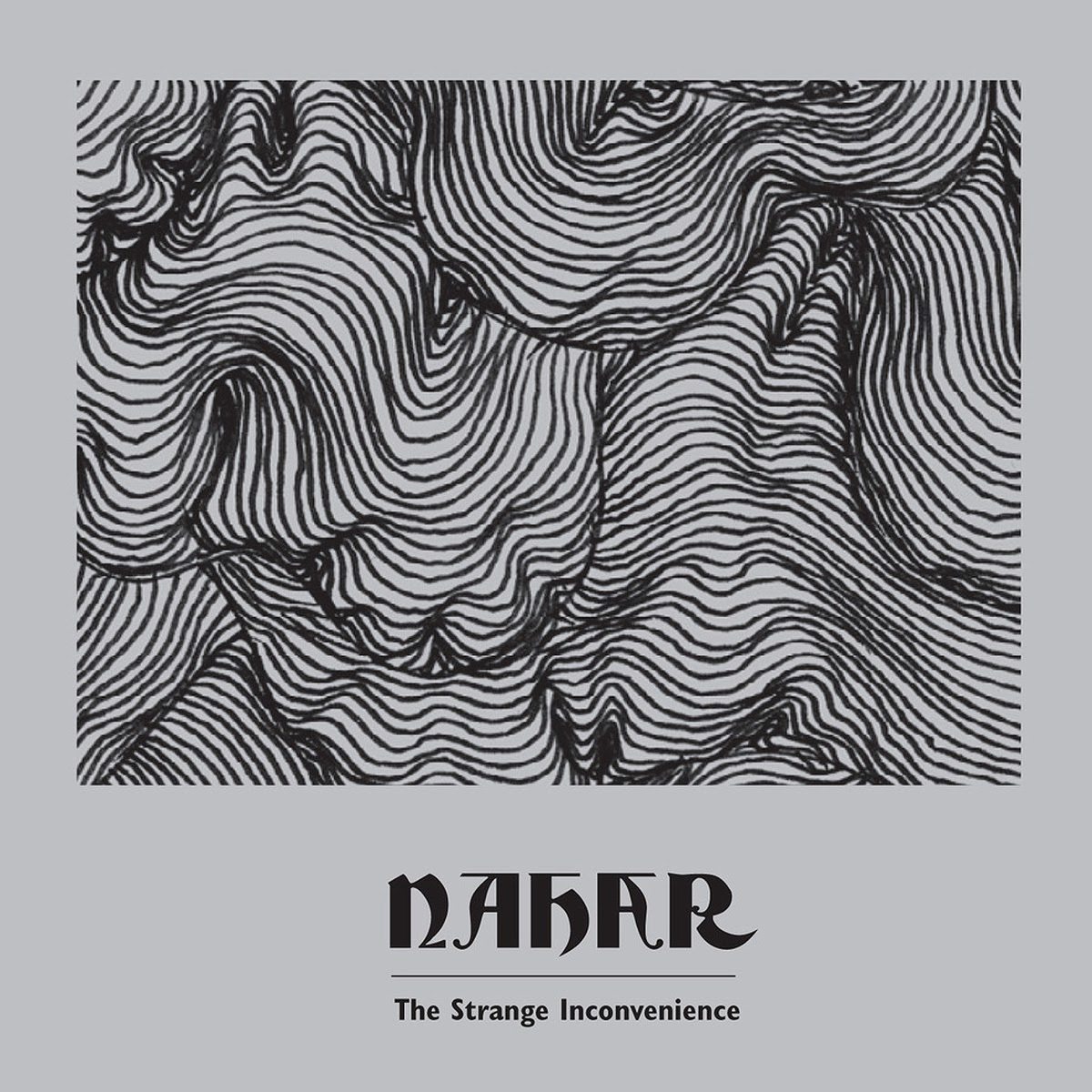 Nahar- "The Strange Inconvenience"
Brutal psychedelic brown acid blackened doom from France. Six songs of punishing guitars and drums with creeping arpeggios and tendrils of post-metal exploration weaving their way through the proceedings. 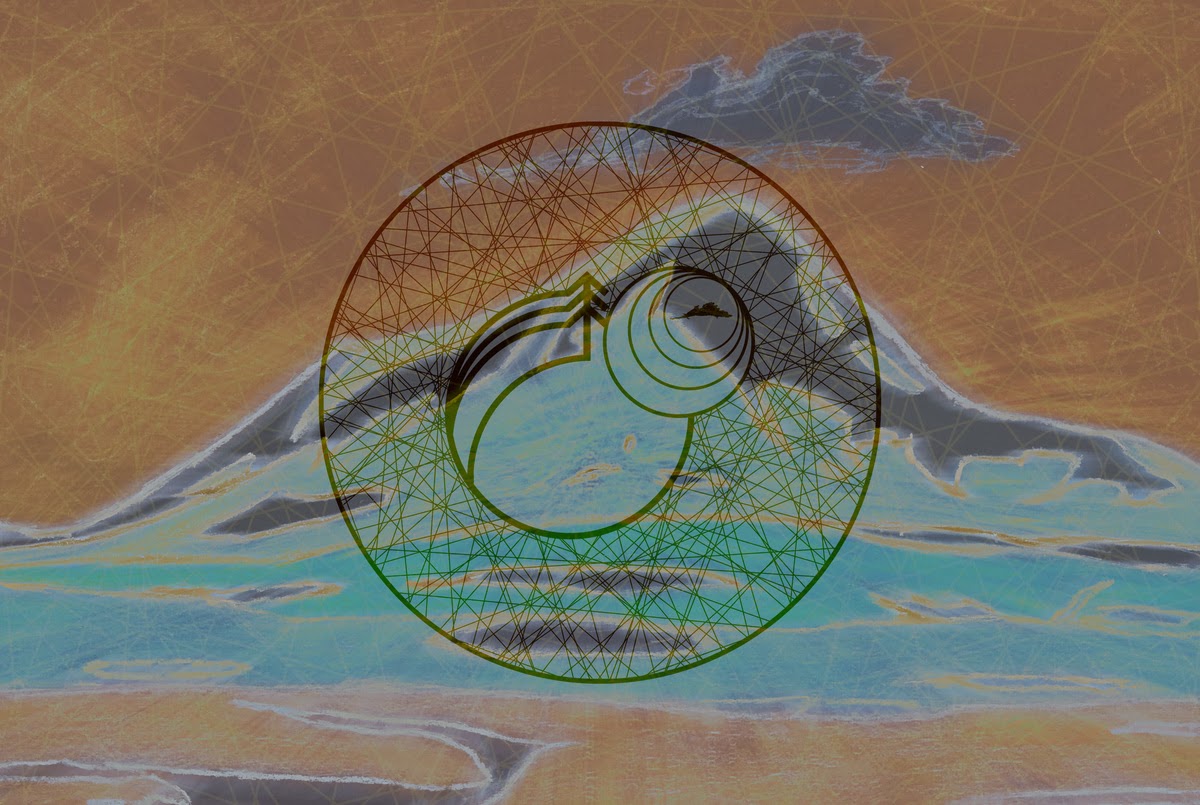 Njiqahdda- "Serpents in the Sky"
It's become too easy to throw coins on a grid and come up with cycles of buzzwords and descriptive labels for bands that evolve and recreate their sound. It would be lazy of me, as well as downright disrespectful, to try and apply those words to this fucking kaiju of an album. I could almost call "Serpents in the Sky" a dictionary of heavy metal. Styles shift and bend and mutate from thrashy riffing to frenzied picking arpeggios that climb up and down melody lines like tiny mind spiders. The vocals go from defiant shouting to a sneering Stiv Bators croon. Fucking majestic, huge, and monolithic. 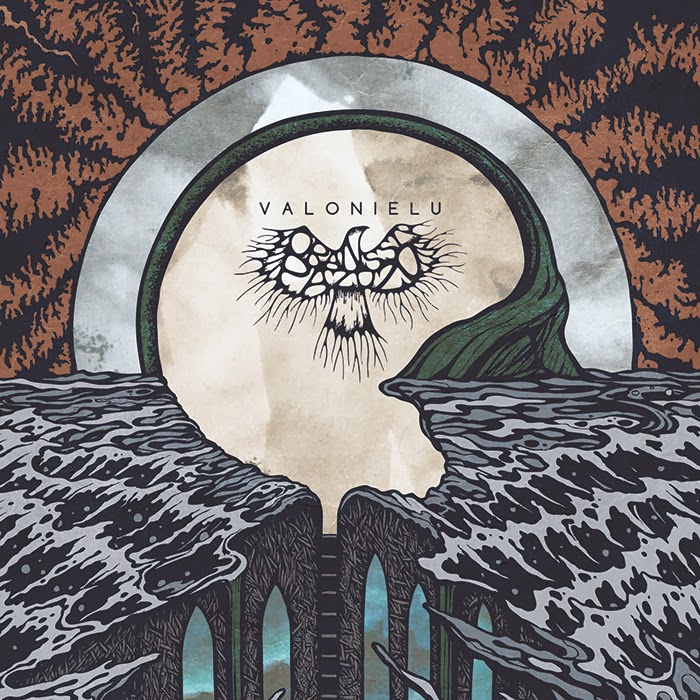 Oranssi Pazuzu- "Valonielu"
An enthralling album. These Finnish pyschedelic doomlords continue to refine and evolve their sound. It might be more accessible, maybe a bit cleaner, but "Valonielu" is just as otherworldly as 2011's "Kosmonument." This is what is playing on the starship stereo after you've set the controls for the heart of the sun. Patrons of the Rotting Gate- "The Rose Coil"
Irish two-man metal horde, members of Kiriath, who I have not heard, but which Metal Archives describes as technical death metal. I usually associate the word "technical" with an emphasis on guitar wankery over substance and emotional weight. Patrons of the Rotting Gate, however, have serious depth and emotion behind what they do. This is also one of the few albums in recent memory that address the themes of atheism without the typical Luciferian trappings. The lyrics are brilliant, something far too many people don't take into consideration. A crushing and magnificent debut. 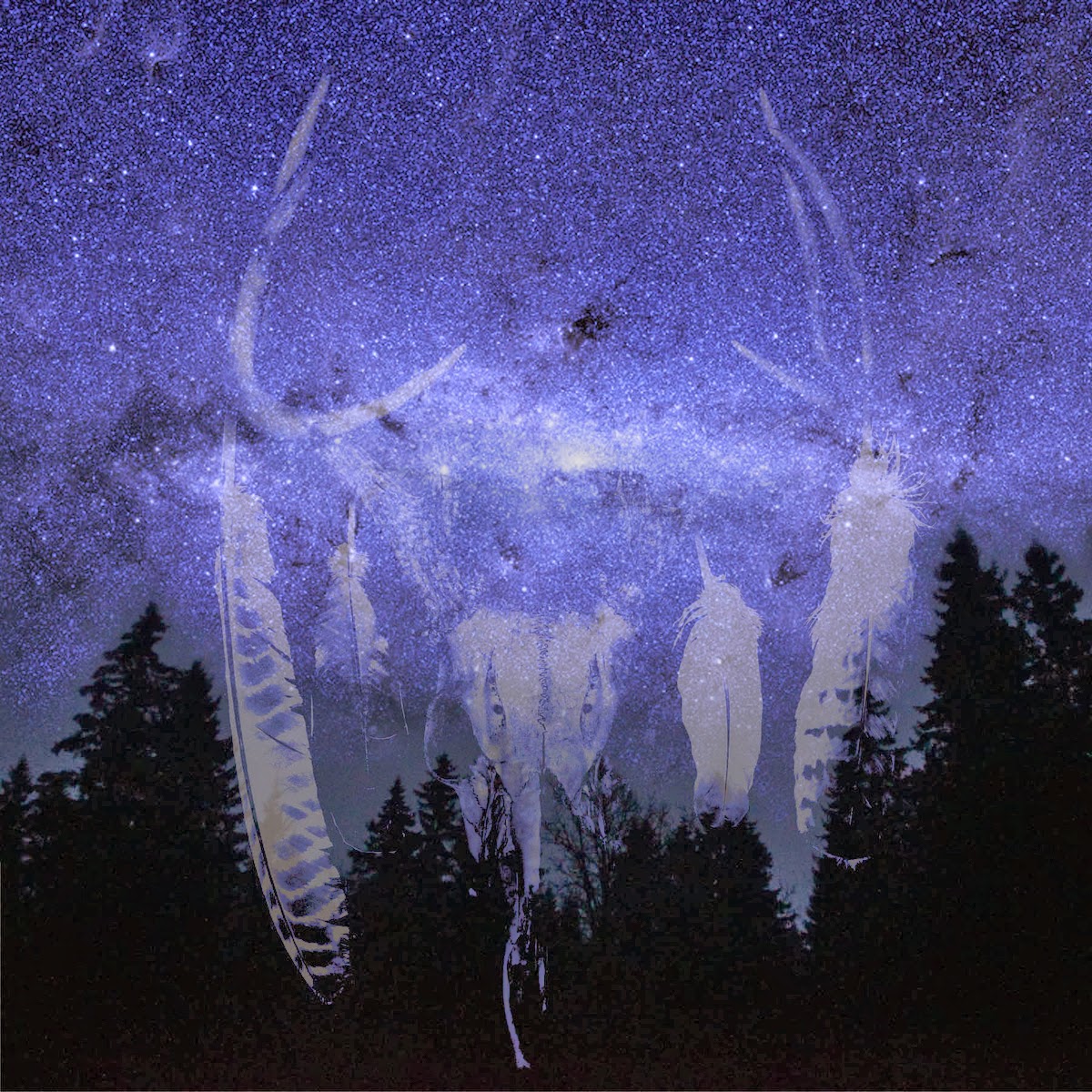 Seidr- "Ginnungagap"
Like other albums mentioned here, this is a two-volume grimoire of soundworlds created by earth, fire, and cosmos. Seidr use passages of chanting, sitars, flutes, acoustic guitars, and natural ambiance to create a ritualistic trance before ascending into the crushing metallic sorcery that lay within its core. Beautiful. 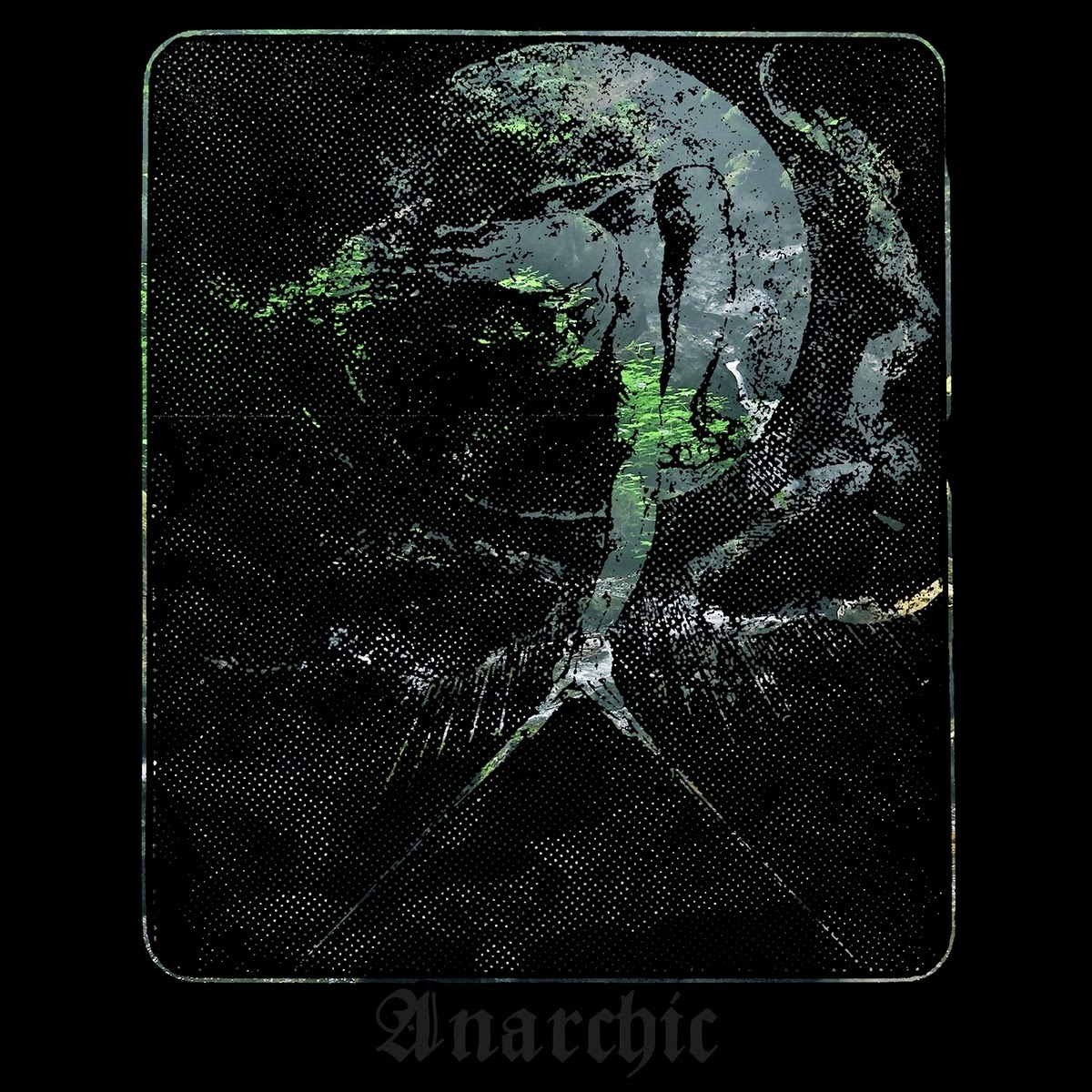 Skagos- "Anarchic"
Lengthy slabs of sonic excursion through the dark primal woods and into your own subconscious. As a child, I used to have strange dreams where I was desperately looking for something along a forest path or river. Now, as an adult I realize that it was this album all along. Skagos cover an entire world of sounds here.Waves of feedback give way to gentle passages, crystalline passages of frenzied black metal open up into ethereal heights of wonder. Easily my favorite album of the year. 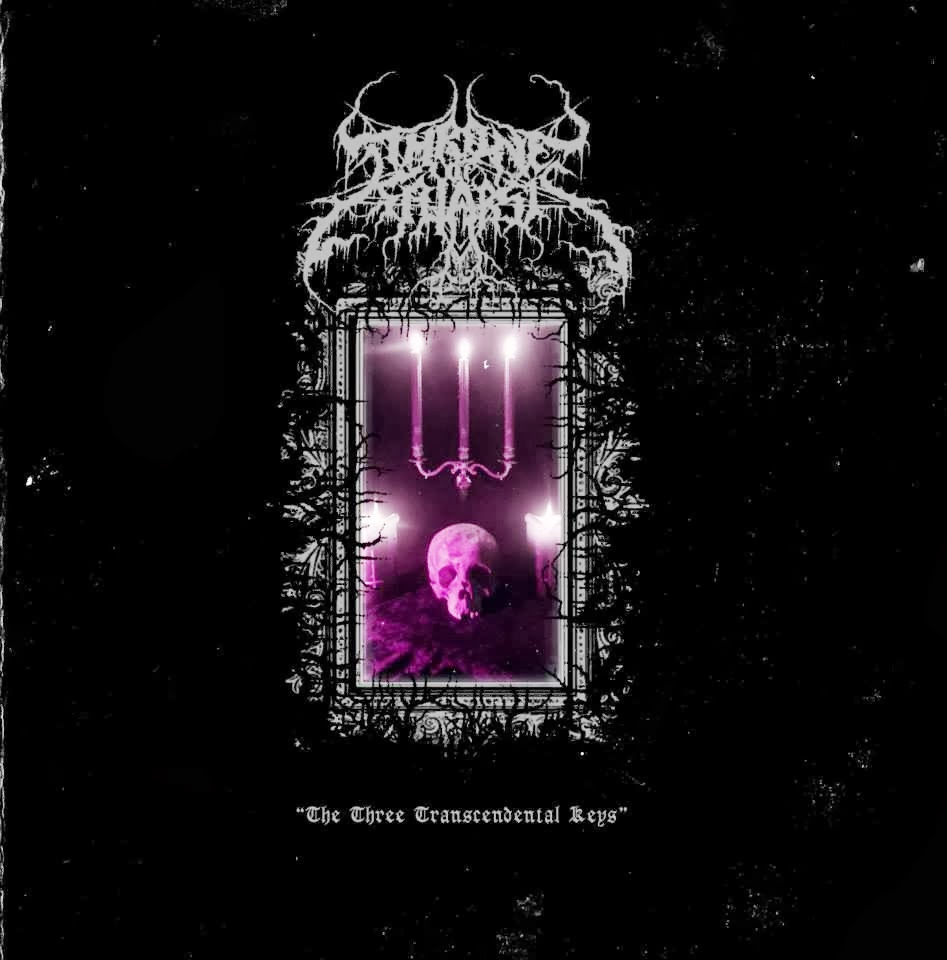 Throne of Katarsis- "The Three Transcendental Keys"
Three lengthy Norwegian black metal rituals, recorded live in studio to analog cassette. Weighty and majestic. Bores a hole into your mind and pours in an ocean of demoniacal wonder. 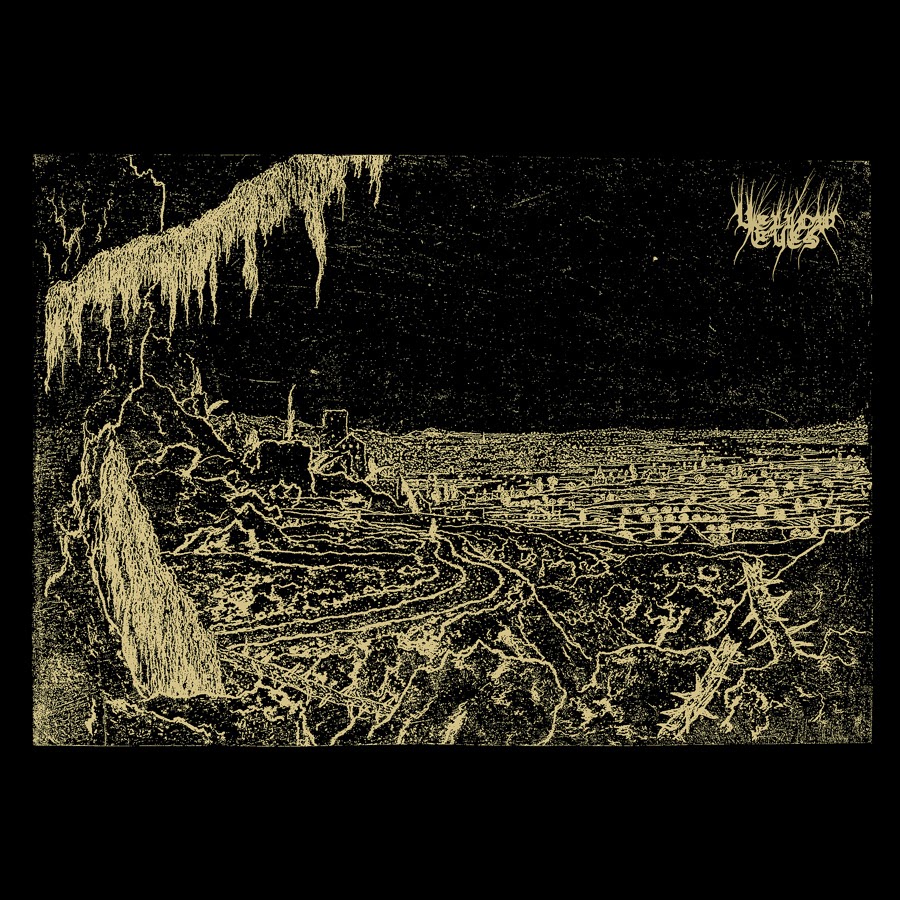 Yellow Eyes- "Hammer of Night"
Six songs that don't stray far from six minutes in length but with enough sonic intensity and structure to make for an exhilarating and otherworldly experience. A whirlwind of clattering drums and insectoid guitars, but with well-crafted dynamics, torturous cries and ambiance.

For your collective convenience (if you don't feel like clicking individual links), here is a link to a playlist of tracks from Djarum's favorite releases.
Posted by Black Metal and Brews at 7:57 PM