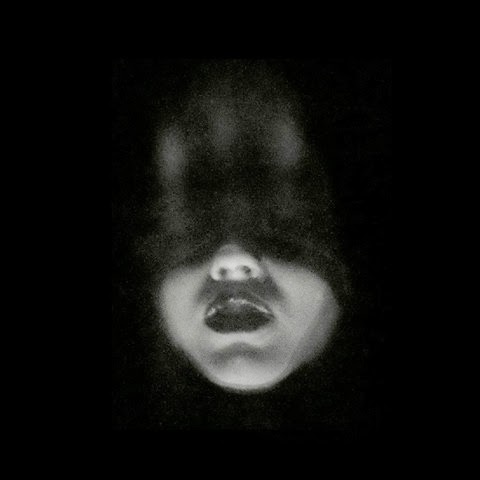 It was not until Record Store Day of last year that I became familiar with the music of Zareen Katherine Price. A friend posted about a sale (I believe it was one tape free with the purchase of three?) her label Milam Records was hosting, so I paid the label's bandcamp page a visit and listened. Within an hour I decided to order a small handful of tapes from Serpentina, Ekadzati, Mare Cognitum, and Greed & Rapacity. A few months later, through wonders of social media, we came to be acquainted. Having enjoyed her previous works, I have elected to review two separate cassettes (released with no label affiliation) featuring songs from many separate projects of hers in which is the sole member (with friend Dan Nahum assisting on drums). For one artist to have so many separate projects might seem silly to some, but it's evident that each of these projects needs its own space and concept, even if the sounds might be complementary when placed on the same cassette tape. First, we're examining "VII MMXIII", a split between her three projects Ekadzati, Gulag, and Anatra. The album flows sequentially, with Ekadzati contributing two songs, and Gulag and Anatra sharing one each. Wasting no time, Ekadzati's track "Argham" opens things up with ravenous higher register shrieks and trebly tremolo picking backed with constant drumming. The swelling of sounds feels like an ocean storm, tormenting the listener for a couple of minutes before finally engulfing them. Interestingly enough, while writing this review, I took a look at the lyrics, which give a detailed description of what appears to be an intentional drowning. The ominous nature of the music pairs quite well with the lyrical intensity, but it's especially nice when Ekadzati takes a moment to build up tension with the reflective introduction to "Padyam." I really hate track by track reviews, but in a tape with such diverse sounds, this really just makes sense. As soon as the listener is lulled into comfort, it's back into the typhoon of insanity. Unlike its predecessor, the song relents rather than ending with an assault, showing the many different musical sides of Zareen Katherine Price with just one of her projects.

Up next is Gulag, with "Inscribed in Skin." The song lurches in appropriately enough with frantic low-end fixated guitars and some sort of hideous belch. While not wholly removed from black metal, this more greatly resembles a faster and more aggressive take on the cavernous death metal that's become quite fashionable lately. The song's progression sees the pace escalating wildly until a sudden stop with the crash of a cymbal.

Flipping the cassette, we are presented with Anatra's contribution, "Wind Over Water." In stark contrast to the violent chaos of Gulag, the song opens with a repeatedly chiming bell of some sort. Slightly meditative, slightly foreboding, it perfectly sets the pace for this nearly lengthy piece of dark ambient exploration. With the title in mind, one hears the howling static of cold winds blowing over an empty bay. In the distance you might think you hear the echoes of something resembling human sounds, but they never present themselves as anything other than a possibility. While the song is initially maddening, I find myself becoming more immersed in it about halfway in. Smaller, higher pitched sounds occasionally slither in and out, allowing just enough variation for my attention to remain on the sounds. At the cassette's end, I am left neither at peace nor troubled. Perhaps this was intentional. It does not feel like an intended goal was missed. Indeed, I feel like the B-side is the palate cleanser for the aggression and turmoil of the A-side. While each of the three acts stands alone, the pairing works brilliantly here. The second cassette featured today is still up for sale: "XI MMXIII." This is a split between Gulag and the newest of Price's projects: Cronesmoon. Gulag's song here, "Icosahedral Keys to the Fleshly Gate" instantly feels like a more focused and accessible beast than "Inscribed in Skin," with an intentionally awkward marching pace starting things off before delving straight into a valiant and driven mid-section. Gulag is self-described as "war metal," and the pacing of this song is the strongest evidence I've found so far. Galloping and violent, this feels like far more of a statement of intent, although both songs are quite enjoyable and clearly come from a similar place musically. In another presentation of direct contrast, Cronesmoon follows Gulag with the closest thing Price has created to traditional second wave black metal sounds, "Sister Tongues of Rain." There's certainly a slightly more cerebral and involved way of approaching the music here, almost as if the progressive and psychedelic leanings of modern-day incarnations of more established black metal bands were infused into the classics of the early nineties. While the song is longer than most of Price's other metal-rooted songs, the furious nature of the song makes it feel like it has passed all too quickly, ending the cassette.

With three projects poised for more output (it does appear that Ekadzati is being put to rest, at least for the time being) I can only recommend you keep an eye on her output however you're able. Even if one of her many projects doesn't appeal to you, another just might. Additionally, all music described here can be heard by clicking the links to each of the album titles. Usually bandcamp embed codes work just fine but today they're being a pain. Rather than delaying this review, I'm just going to force you guys to click links. Thanks for your patience.
Posted by Black Metal and Brews at 8:59 PM