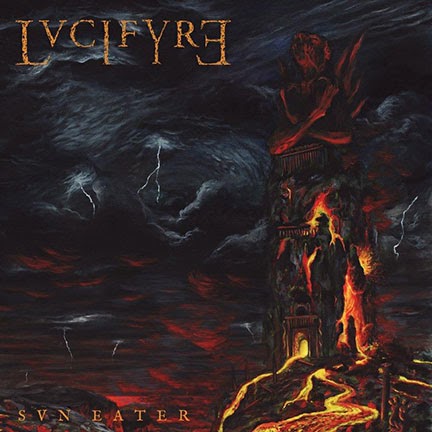 Greetings readers. Thanks for being patient with my slight delay in reviews. Today we're visiting an album that's only been out for a couple days and has already been causing quite a stir in the general metal media. I tend to try to steer clear of releases that are receiving larger amounts of coverage, but this one impressed me enough to warrant sharing with my readers. With a name like Lvcifyre, I would normally be slightly hesitant about the music, as the whole business of substituting "v' for "u" is typically an indication of campy junk, but even my first listen yielded great interest. It's evident these guys are dead serious and focused on cultivating a truly evil atmosphere, not just playing with Satanism for laughs. 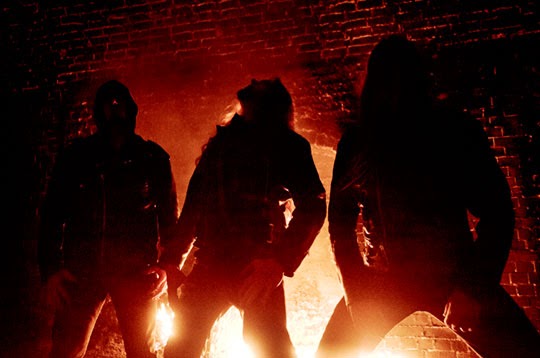 While Svn Eater lurches in slowly with a nearly five-minute long buildup on opener "Night Seas Sorcery," the rest of the album's nearly fifty minutes passes quickly with very few moments of relief. While the lyrical and visual aesthetic of the album is clearly rooted in black metal's symbolism, this is very much an efficient and precise exercise in death metal perfection. Guitars swirl and roar in lower frequencies, yet don't tread into the more subterranean horror that's so popular now. Instead, this is a modern take on the classic aggression of early 90's acts, relentless and full of great riffs. In fact, the mix is crystal clear without treading into slick or obnoxious territory. Everything is crisp and balanced, exactly as it should be, with just enough variety and nuance to keep things from being a simple rehash of a genre overplayed. Copies of this album are officially on sale from Dark Descent now, so grab it on the format of your choice while it's available.

Posted by Black Metal and Brews at 9:52 PM