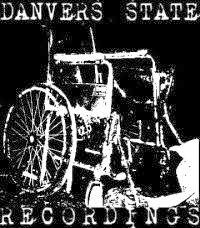 I recently received a packaging containing two of Danvers State Recordings' newer cassette releases. As they are currently running a sale through the end of January, (enter PROMO2014 when checking out from their store to receive a 15% discount) I feel there's no better time than now to share my thoughts on two of the more excruciating and rewarding noise tapes I've heard recently. 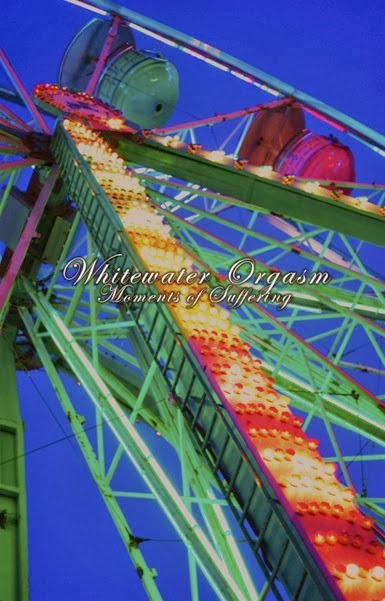 For all the euphoric imagery that accompanies Whitewater Orgasm's "Moments of Suffering," the music is hardly uplifting. Squeals of some sort rotate throughout some songs, mechanical and foreign. Layers of crumbling low-frequency static roar as a backdrop of sorts for most of the cassette. Occasionally more blissful, possibly even melodic sounds are introduced, only to serve as a source of nostalgia or a reminder that while beauty may exist somewhere out there, it's far from the horrifying places we are taken while listening. Indeed, while traces of beauty are dangled before the listener, the maddened vocals that occasionally show up seem to be far more of a statement of intent. Even the voices feed back here. Nothing is safe or sacred, yet most of the actual threat lingers just outside of the listener's periphery. The building of tension and the restraint required not to simply explode with chaos at all times is what shows the true mastery of form here. By the end, I'm left wondering if the ferris wheel gracing the album's cover is meant to be a place where people are out having fun or if they are trapped atop the world. An excellent demonstration of harsh noise and power electronics as genres with room for subtlety and balance, something that many in the community seem to forget. 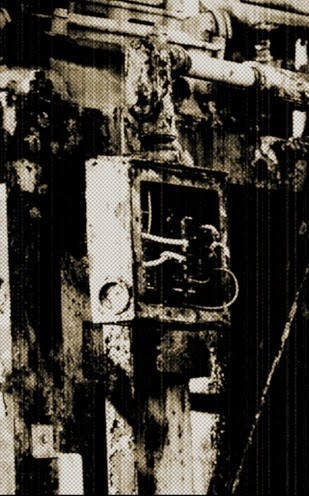 Creation Through Destruction is responsible for the A-side of their split with Knurl, entitled "Dissection of the Machine." Creation Through Destruction wastes no time in building up a static frenzy of rapidly moving machinery. I feel like I am clinging to the side of a subway car, hearing the howling of wind, sparks flying as the train turns, and screeching of metal as the vehicle brakes rapidly. After a moment, things slow down just enough for the body of the song (or collection of sounds at least) to really set in. Every component introduced seems to linger for the duration of the piece, swelling and receding in some sort of harmony with its peers. The effect is almost hypnotic, with a constant flow of churning sounds leading the listener along until the last few moments of static, which taper off rather quickly. I'm not sure what "the machine" in this song is, but it's evident that it has been thoroughly deconstructed by the song's end.


Knurl's side of the cassette contains two songs. Opening things up is "Nitrobelium," which displays a bit more variety than the A-side. Shrill noise and rumbling bass frequencies roll along together, with occasional breaks and lulls that create a greater sense of motion here. Not that the static meditation of the tape's A-side is lacking; it's simply nice to hear a split in which each artist clearly has something unique to contribute. The exploratory sense is key on this entire release. Knurl is clearly seeing where things can go and just how long the listener can be teased and tormented. It's fantastic in a strange way. When the lulls finally cease and the song moves into a more constant place, it seems to only occur because there was no other way to keep the listener on their toes. The mastery of atmosphere is evident and it's thrilling to be dragged along for such a scathing journey. The second and final track on this release, "Thymotacine" is far more ominous in its entry. Empty space is used to great effect, with great rumbling percussion coming from a distant place, like the approach of something dreadful and massive. When it finally arrives, the horror that follows is not quite deafening so much as the distorted blur of madness that must run through one's mind when placed in a life or death situation in which death looks like the only real option. The song departs with the fading signals of a brain slowly losing its capacity to process information. Immersion in music of this nature quickens my heartbeat, and I feel quite anxious by the time it's all finished. I love it.

Posted by Black Metal and Brews at 8:13 AM