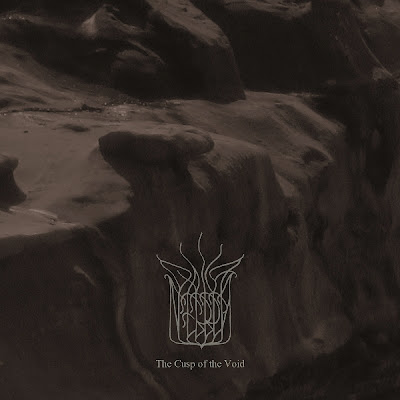 American black metal act Dalla Nebbia doesn't just dabble in unorthodox black metal sounds, it revels in taking the traditional and expanding upon it in a majestic way. With "The Cusp of the Void," Dalla Nebbia's debut full-length, they seem poised to place themselves among bands like Enslaved and Agalloch, with songs that feel equally at home in wintry black metal atmospheres as they do pushing the boundaries into slightly less conventional territory.

While galloping drums and meandering guitars are tried and true trademarks of the genre, these only appear to provide a foundation upon which the band builds a strangely familiar yet unique atmosphere. Synths echo stringed instruments, replicating the folk-inspired feeling of fiddles and violins, yet the band doesn't just cash in and head straight into folk landscapes. Instead, as with everything Dalla Nebbia does, they dip their toes in and carry a bit of it with them as they continue on their journey. Even the seemingly acoustic interlude track "Sovereign Moments" builds up into something slightly more present and full-formed than I might have anticipated. It seems fitting to me that these guys end their debut offering with a cover of a classic Windir tune, as they seem to share the same wandering spirit. Their musical products may differ, but the approach and effect on the listener turn out quite similarly. These eight tracks capture the sensation of being surrounded by a white flurry of snow and chaos. It's blindingly beautiful yet potentially lethal. In other words, it's exactly what I love to hear in my black metal.

Five hundred copies of this promising debut have been released by Razed Soul Productions. As always, I recommend purchasing a copy if you're at all interested in this group. However, for skeptics and those of us who can't afford to buy everything we like, the band has the whole album streaming on their bandcamp, with a purchase price set at only $5.

Posted by Black Metal and Brews at 2:58 PM