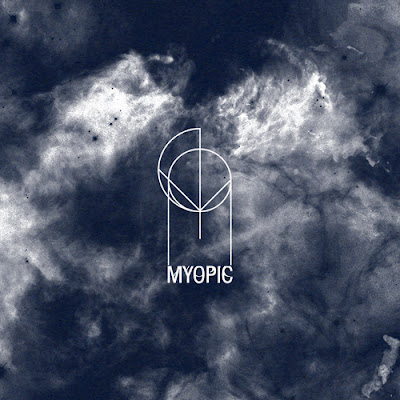 Released just this past week, Myopic's "Beyond the Mirror's Edge" is a journey of an album, just as exploratory as it is rooted in creating something tense and energetic. This band is wholly new to me, yet in many ways this album gives me some of the same rush I felt when I first heard Mastodon's "Remission" back in high school, yet with more of a raw punk rock feel. Technically proficient without being showy, this is the first exciting progressive-leaning metal album of the year. 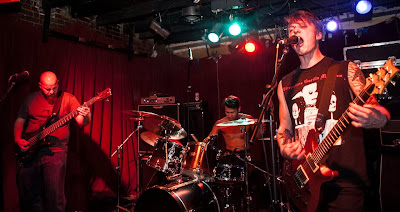 Equal parts progressive metal, sludge, and rock, with a bit of black metal chord structure thrown in for good measure, this album is too brief for its own good, yet it's somehow appropriate enough for what will be the first many of us hear from this creative and daring group. Many bands with grand ambitions tend to overplay their hand by offering a massive, lengthy release that falters only under its own weight. The brevity of this album is a strength in that it does what needs to be done and comes to a halt, allowing the listener to really get into every second of it rather than becoming an endurance test or display of excess. Still, one can't help be surprised by monumental centerpiece "Backstitch," which showcases the band's capacity for elegance and meandering guitars that go strange places without fully straying from their course. I can only imagine what would happen if these guys let the songs expand past the ten-minute mark. Perhaps future outings will see more expansion. Or maybe they'll get faster and more aggressive. Either way I'll be delighted to see what comes next.


From start to finish, this album had my attention. With such a solid sound and energetic delivery, I look forward to future output from these guys. Grab a CD from Grimoire Records now or wait until March for the cassette release, but don't sleep on this one. These guys will probably start receiving press from sites and publications far larger than mine if they keep this up.
Posted by Black Metal and Brews at 11:51 AM